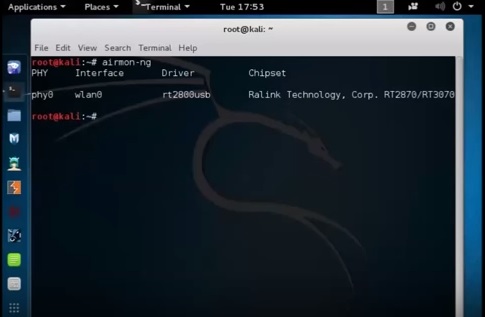 Since Kali Linux 2.0 has come out I have been playing with USB adapters to see which ones are still compatible with the new Kali 2.0.

My main goal was to test them to see if they could go into monitor mode and do a data capture.

Both dongles went into monitor mode and were enabled on wlan0mon.

The problem began when I tried to run a “airodump-ng wlan0mon” command and both adapters erred out with aioctl(SIOCSIWMODE) failed: Device or resource busy 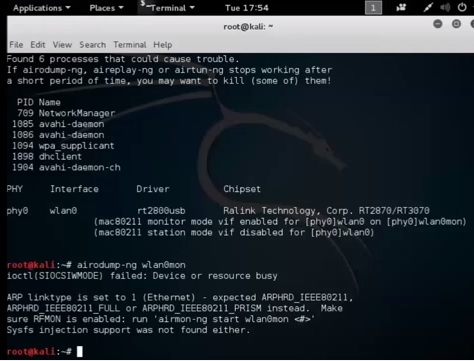 After reading through a few forums I found a fix to the problem with the following commands.

Note: When I did the same test using Windows 7, Kali 1.0, and the new Aircrack-ng 1.2 I did not receive any errors.

Once I had run the above solution both adapters went out and displayed all the available AP points.

I was than able do do a data capture using the deauth command with the Alfa AWUS036NH.

The Alfa AWUS051NH would not send out a deauth command as it would in Kali 1.0 so I had to connect to it manual with a smartphone and it than did a data capture.

Summary of Results.
Adapters that worked in Kali 1.0 and previous versions of aircrack-ng will also likely work with the new updated software.

You are likely to run into some hurdles as I have and have to seek out the solution.

If in doubt previous versions of Kali and Aircrack-ng can be used as they always have.

The many new options that come built-in to Kali 2.0 and Aircrack-ng 1.2 may not be needed by everyone.

Read Here for Changes Made To Aircrack-ng 1.2