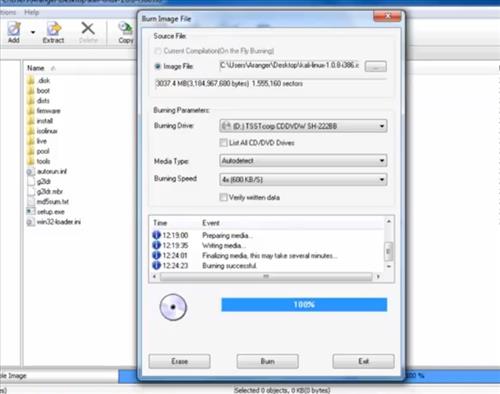 Kali Linux can be run in many ways and no single way is the best, how you run Kali is what fits your setup. The most common way is to use VMware and run Kali in virtualization but you can also boot Kali from a DVD or flash drive. Here is how to make a Kali Linux live boot DVD.


4…After the DVD is done it can be used to boot any computer with a DVD. I made a video of how to do this step by step Here.


If you have problems for what ever reason creating a Kali Linux Boot DVD than it can always be bought on Amazon here.