Getting a Raspberry Pi talking to a wireless network is a straight forward process with a few minor hurdles. I use mine mainly with XBMC / Kodi to stream movies and watch my favorite TV shows.

There is a few things to watch for though, one being that the 5 volts DC a wireless USB adapter needs to run is not well supplied on Raspberry Pi. While it does supply some voltage the amps are so low that a USB adapter will need to have a low power draw.

One way to fix this, and the easiest, is to use a USB hub that supplies its own power.

Another way is to supply the 5 Volts by splicing a USB cable and using a battery pack, or old phone charger.

There are adapters that don’t need extra power to run and work good with a Raspberry Pi.

The next thing to look for is the chipset a USB adapter / dongle uses.

The chipset built into a USB wifi adapter is what makes it compatible with a Raspberry Pi.

One of the better small WiFi Dongles for the Raspberry Pi.
It also has a nice blue LED on it to show when its connected and working, many dongles don’t have a light. This helps if you leave your Pi powered up for long periods of time.

Small and cheap the Edimax EW-7811Un is a wireless-N adapter that works well with the RasPi. 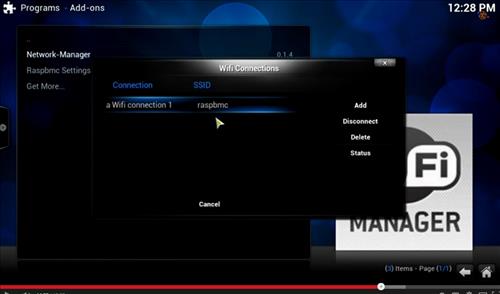