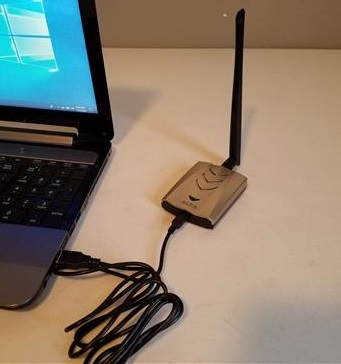 It is a larger WiFi adapter built for speed and distance along with a 5dbi antenna. 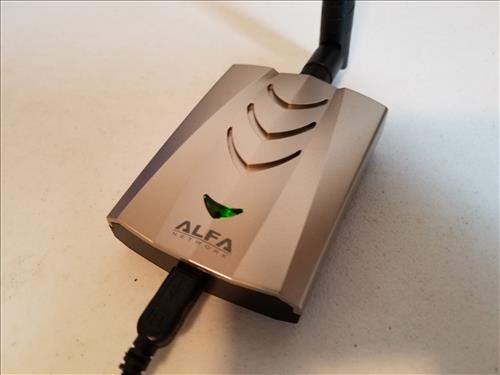 This makes it a good fit for a desktop or laptop that needs a better wireless signal.

It also has broad compatibility with almost any operating system, including Mac, Windows, and Linux. 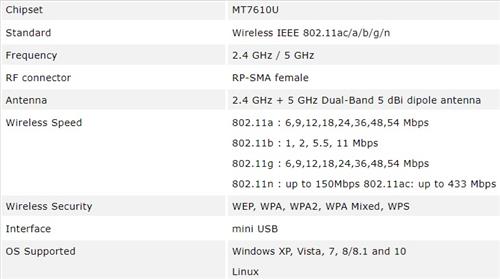 The package comes with the Adapter, Driver CD, Clips, Cable, and one 5dBi antenna. 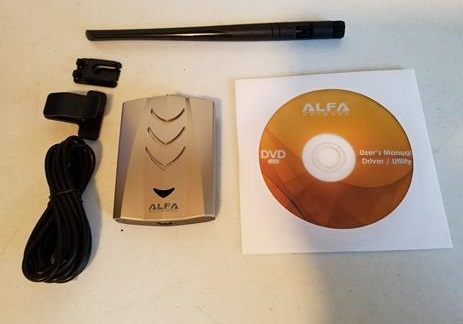 The adapter has a screw-on 5dbi antenna that swivels about. 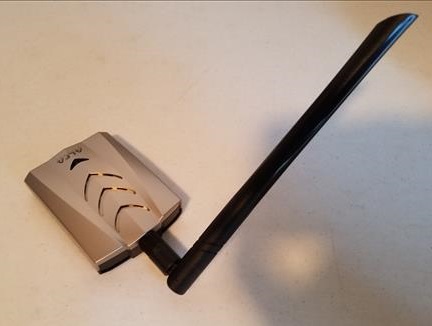 To test the unit, I used SpeedTest.net, which gave the results of 209Mbps Download and 19Mbps Upload. 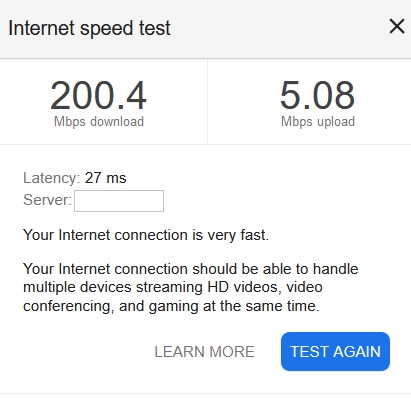 The adapter maxed out my internet connection and likely has faster speeds.

Monitor Mode Test with Kali Linux
The Alfa AWUS036ACHM is compatible with Linux and can go into Monitor Mode.

Running the “airmon-ng” command the adapter displays the MT7610U Chipset.

The AWUS036ACHM was automatically found by Kali Linus and had no problems with monitor mode in the 2.4GHz band.

If the adapter does not come up with “airmon-ng” run these commands.

Summary
The Alfa AWUS036ACHM is a good dual band wireless USB adapter that has wide compatibility with many operating systems.

It would be a good fit with many different devices, but with its large size is likely best with a desktop.

Alfa is known for its good wireless USB adapter with many of them used in the wireless Pen Testing community.

It worked well with Kali Linux and went into monitor mode in the 2.4GHz band.

I am still testing to see how well it works in the 5GHz frequency with monitor mode.

Have you used the Alfa AWUS036ACHM? Let us know your thoughts below.