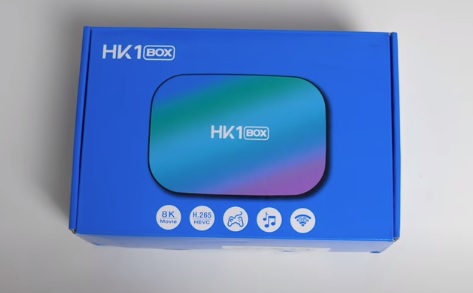 This makes it a good unit for those looking for a low-cost media center box that can play 4K video. 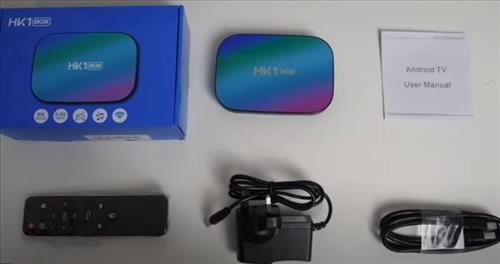 The HK1 has rounded edges and a nice design on the top that changes colors with the angle. 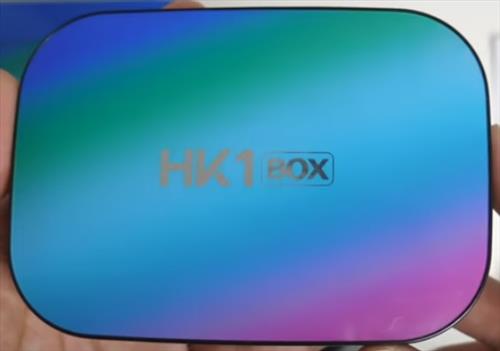 The back has Gigabyte Ethernet, HDMI, SPDIF, and power plug.

Powering on the unit it boots into a basic Android home screen. 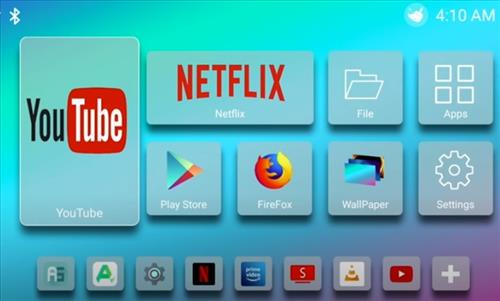 It also comes with many apps installed which can always be customized in Settings or the Play Store. 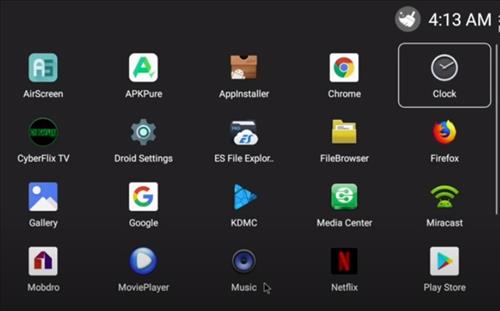 Testing screen mirroring it did very well displaying with Miracast. 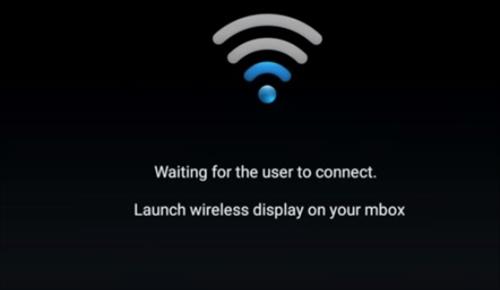 Testing the video resolution it had no problems playing 4K videos @60fps. 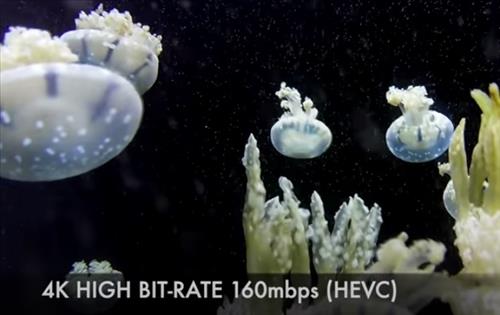 The installed Netflix app only plays at 480P since they require certification. 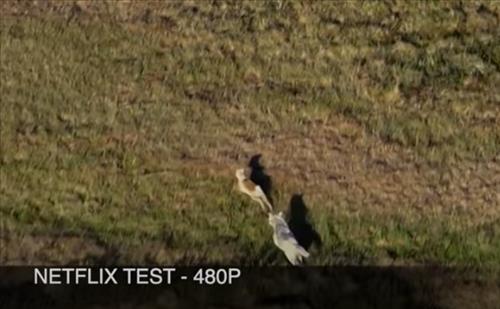 Netflix requires devices have certification such as not being rooted and wide-vine support or will only play 480P resolution.

Game-play was tested with Asphalt 8 and Crossy Road which it had no problems running. 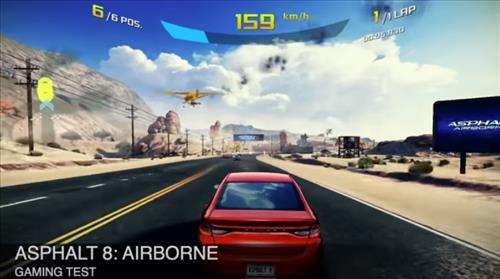 A WiFi Speed test gave a Download speed of 59Mbps and Upload Speeds of 18Mbps. 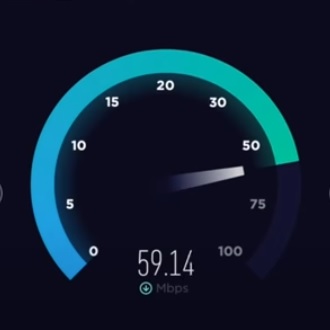 Doing a benchmark test Antutu gave a score of 72207. 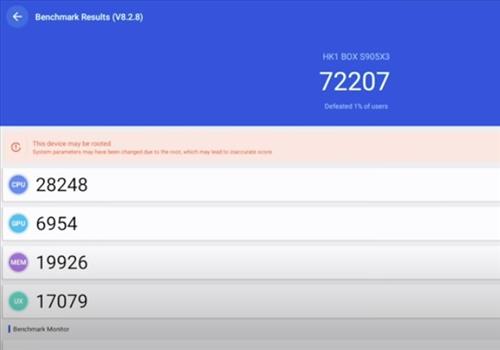 Geekbench benchmark gave the results of 748 Single-Core and 2016 Multi-Core. 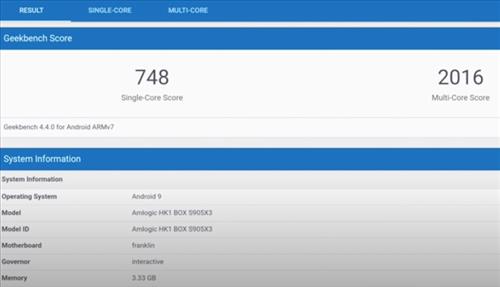 Summary
The HK1 Android TV Box is a good unit for the price and will make a good basic media player.

It has no problems streaming 4K videos @60fps along with basic gaming.

If you are a big Netflix user it only streams at 480p since the box is rooted along with not much DRM support which Netflix requires.

The HK1 will have no problems playing Kodi or any add-ons and will make for a good Kodi box.

There are better Android TV boxes with better hardware but they do cost more and have a lot of features that may not be needed.

If you just need a basic Android TV box with fast WiFi that can play HD 4K videos the HK1 is a good unit.