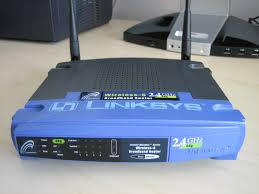 Thanks to wireless you can surf the internet at full speed without worrying about wires – at least this is what is claimed by many wireless manufacturers.

But the reality is often different: Many promise a range of 300 feet or more while often it is 100-200 feet.

In general a home network that operates on the 2.4 GHz band can reach up to 150 feet indoors and 300 feet outdoors.

The original 802.11a routers ran in the 5 GHz band reached approximately one-third of this distance.

Due to laws of physics, 5 GHz Wi-Fi connections are more susceptible to obstructions than are 2.4 GHz.

Physical obstructions in homes such as the material used in walls or other obstructions will reduce a wireless signal range.

Radio interference from microwave ovens and other equipment also negatively affects Wi-Fi range. 2.4 GHz transmitters are commonly used in consumer wireless gadgets. The over crowding of the 2.4 GHz range is why manufactures have begun to make the move to the 5 GHZ frequency.

The perfect router location
If possible, furniture, concrete walls or metal objects in the immediate vicinity of the router should be avoided, as they limit the transmission of power. If you want to surf on the second floor or in the basement, the router should be positioned between both to maximize the reach.

Most users place the unit directly next to the DSL / Cable modem line. This is practical and saves the hassle of cable laying, but is not always the best location.

A router should be positioned as close to where the Wi-Fi will be used the most. A centralized location will increase a signal.

If moving a router is not an option, or doesn’t work, than wireless range extenders or boosters can always be used to increase a signal.

Wireless boosters take a existing signal and increase its strength allowing the Wi-Fi to go farther and stronger.

Align the antennas correctly
Many Wi-Fi routers are equipped with movable antennas on the housing. When the reception in remote rooms is weak, you can try to move the antennas to different positions.

This method will work best with a partner watching the signal strength as the antennas are moved.

With the free tool Netstumbler you can check whether the antenna alignment or moving a router has paid off. The program measures every second of the strength of the WLAN network. The higher the bar, the stronger the signal. Contrast, short red bars indicate a weak signal.

Replace the hardware
Each antenna will have its limits. If its performance is too low, and the adjustments do not work, upgrading the hardware may be the only option.

A larger antennas can be bought for a router but this often does not increase a signal by much since the router was designed with a specific antenna to match the routers hardware.

Signal boosters / range extenders are a popular way to increase the range of a router. Before you go this route you may want to examine how old your router is, it may be time to simply upgrade to a new router.