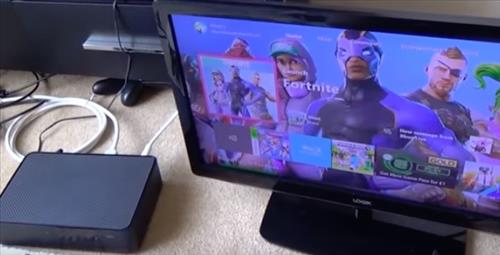 Transmitting an HDMI wireless signal to a TV can be done easily with the right device for your TV set up.

How Can You Send a TV Signal Wirelessly?

A wireless HDMI transmitter and receiver will be needed and connected to the TV and sending device.

This also works with many other devices such as cable boxes, projectors, and almost any device with an HDMI output port.

How Well Does Wireless HDMI Work? 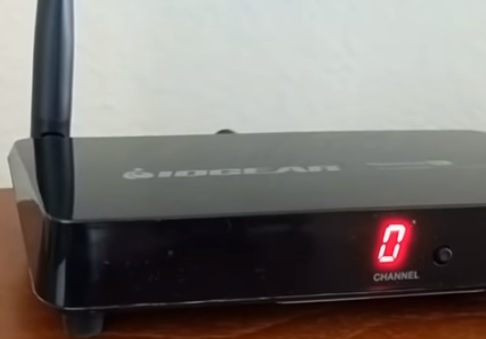 How well it works depends on the device and the environment it is used in.

All wireless signals work best with a clear line of sight with no walls or other barriers blocking the signal.

This is especially true when sending TV signals since it is a lot of data and needs to be sent in real-time.

Another thing to consider is other wireless signals already in the air since other signals can collide and cause problems.

This is especially true in the 2.4Ghz frequency, which has become full with many devices such as WiFi, Remote controls, Baby monitors, and much more.

The 5Ghz frequency was opened up to use with WiFi and other devices since 2.4Ghz has become overused.

While there is usually less wireless activity in the 5Ghz band, in a very busy wireless environment, it may still be overcrowded.

If you live far outside a city with little to no wireless signals, you likely will have a good HDMI signal.

If you live in a crowded wireless environment, you may not get as good a signal.

Crowded wireless environments should use the 5Ghz frequency for the best results.

There are many units available, with those below some of our favorite picks for the best wireless TV HDMI transmitter and receivers.

Our Picks for Best Wireless HDMI Transmitter and Receiver 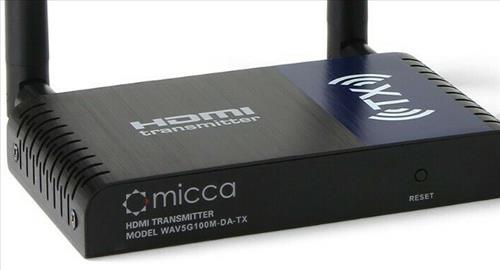 Available Here on eBay
The Micca is a new system that works in the 5Ghz frequency.

Most older units work in the 2.4GHz frequency, which has become overused with WiFi, TV remotes, baby monitors, and many other wireless products.

While the 5Ghz band is now also used by WiFi, it is not as full as the 2.4GHz band.

This helps with signal quality and better transmission range in busy wireless environments. 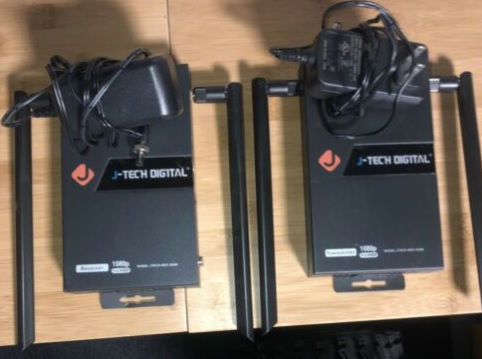 As with any wireless transmission, any barriers such as walls will drastically reduce how far a signal travels. 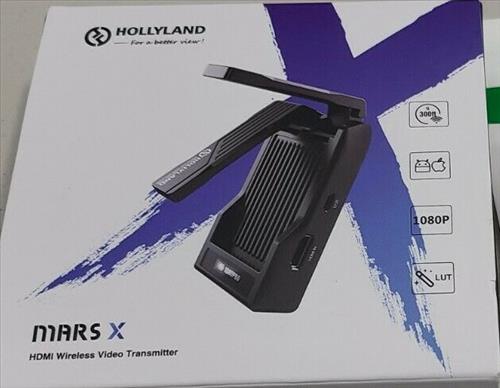 Hollyland Mars X is a system that can transmit an HD 1080 video wirelessly.

It is rated to transmit up to 300 ft which, of course, will depend on walls and other barriers.

Diamond Multimedia has a few kits available that can send a wireless HDMI signal.

The basic kit has two wireless Sender Receiver dongles that plug into the TV and sending device.

They are easy to set up by plugging the units in, and they start transmitting a signal.

The basic kit can send a signal 30 ft, with other kits able to go much farther at 150 ft.

Summary
Setting up a TV to receive a wireless HDMI signal is easy to do with the right device.

Some people may get less than desirable results depending on how many other signals are in the air.

A clear line of sight will also greatly help a good signal transmission to the TV.

Beware of the differences between the 2.4GHz and 5Ghz frequencies.

The 2.4GHz band can send a signal much better compared to 5Ghz but has become overcrowded.

If you live outside a city, 2.4GHz would be a good option.

If you live in a city with many wireless signals, the newer 5Ghz band will likely be better.

Be sure to read reviews on any device to be sure it fits your environment.


One thought on “Best Wireless TV HDMI Transmitter and Receiver”