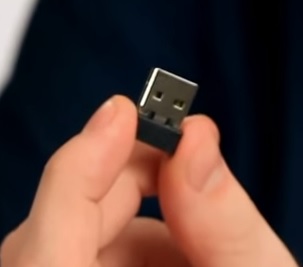 A wireless network adapter allows a computer, laptop, smartphone, or tablet to communicate to a router which then talks to the Internet.

In the past the most common network adapter was Ethernet where a physical cable called CAT5 was run from a router to a computer. This is still a very common setup but with the added feature of wireless.

Wireless became popular in 1999 and began to spread throughout homes because of its convenience of not having to run wires to get on the Internet.

This wireless became called Wi-Fi for short and is now built into most electronics. If a device doesn’t have Wi-Fi capability then and adapter called a USB wireless adapter can be bought and convert it to communicate through Wi-Fi.

Another way, at least for desktops computers, is to use a dedicated wireless card that slides into the computer internal bus slot. The most common bus slot today is PCI and one of these cards can easily be bought converting any desktop into a wireless computer.

Most laptops today have a built-in wireless card but in the event that one goes bad the card can be swapped out for a good one. Although it is much easier to simply buy a USB adapter/dongle that can be easily plugged in and used for Wi-Fi.

Smart phones and tablets also have built-in Wi-Fi but differ from conventional computers or laptops since a external USB adapter cannot be readily made to work with them.

Although there has been some headway made with USB called USB on the go or OTG. OTG is a small cable that will convert micro-USB to a standard USB cable, this allows for any standard USB device such as a flash drive or Wi-Fi adapter to be plugged in to a smart phone or tablet allowing them to take advantage of these external devices.

The smartphone or tablet must be capable of supporting OTG and it is still in its infancy. Some devices will work with OTG such as flash drives are becoming commonly able to work with smart phones but other devices such as wireless USB dongle’s do not work.

Research will have to be done to verify if your model the smart phone or tablet will be capable of supporting USB on the go.

For a home to have Wi-Fi, a wireless enabled router will have to be set up. This requires logging into a wireless router on the initial set up and given it a password and username for other electronics to login and use its Wi-Fi.

Not all wireless routers are created equal as far as transmitting and receiving Wi-Fi so reading reviews on a model before purchasing is always a good idea.

Also even though wireless routers can be set up with no password or username for a Wi-Fi enabled device to log into this is not suggested. Using the routers encrypted password algorithms is easy to do and should always be done. A algorithm called WPA and WPA2 should be used to encrypt the password as the older WEP algorithm has been known to be easily hacked.