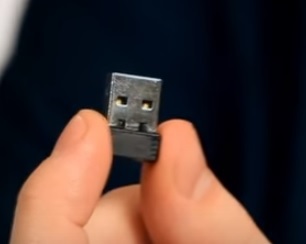 A wireless USB dongle is a small adapter that converts WiFi signals to a USB signal.

For example, a wireless mouse that has its own USB adapter that transmits wirelessly to the mouse is often called a dongle. 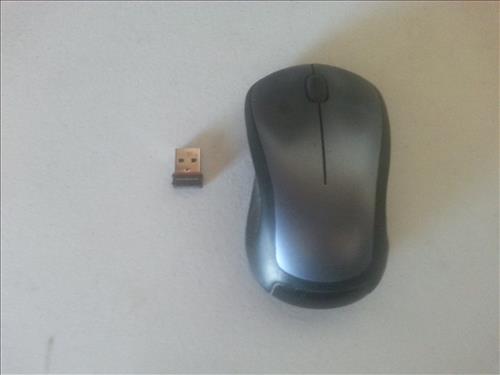 Most often, when the word wireless dongle is used, it is meant to reference a WiFi or Bluetooth device.

These small dongles can connect to any computer that has a USB port and receive a WiFi or Bluetooth signal. This allows it to connect to a network and get online or for a mouse to connect wirelessly to a computer.

This is useful for various reasons, from a computer that has no wireless built-in to a laptop that has a broken wireless card or simply needs upgrading.

Wireless dongles use the same WiFi protocols as smartphones, tablets, or routers, making them helpful in getting a computer on a wireless network.

The protocols used are backward compatible as new ones are introduced.

WiFi protocols all start with the number 802.11, followed by the number a/b/g/n/ac/ax to indicate the version.

For example, the newest protocol, 802.11ax, also called WiFi-6, is also the fastest and works in the 5GHz wireless frequency.

Older protocols are still widely used and working in the 2.4GHz range, including Wireless-N (802.11n)

Some dongles are small and don’t have a good range since the built-in antenna is smaller.

These are still widely used since they are very small and out of the way. These types of small adapters have about the same range as a laptop’s built-in wireless card.

Other dongles have large external antennas that give them better distance and are often used to upgrade a laptop’s poorly built wireless card or simply when a WiFi signal needs to reach farther.

Summary
The words wireless dongle and wireless adapter can be used interchangeably. So if the word dongle is confusing, simply replace it with an adapter.

Even though a wireless dongle usually means a WiFi USB adapter, it can also sometimes be used in another context, such as a computer mouse transmitter.