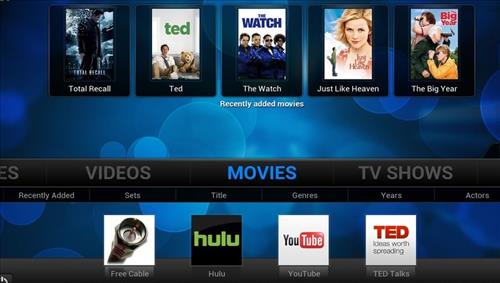 If you are buying or building a Windows 11 Smart TV mini PC box, there are many positives, from running common programs to playing movies and TV shows.

Microsoft no longer supports Windows Media Center with Windows 11, but there are many better options to choose from.

Should You Buy or Build a Windows 11 Smart TV Box?

This is a decision that no doubt depends on the person. One person will likely go the build your own route, while another simply will want a ready-built solution.

Keep in mind that any Windows 10 computer can be used as a smart TV box, but most don’t want a large bulky machine next to their TV.

Many older computers that run Windows 10 can be upgraded to Windows 11 and a smart TV box built.

What Ready-Built Solutions Are There?

There are several ready-built boxes and smart TV sticks that come with Windows 11 pre-installed.

Below are our picks for the best options.

As always, be sure to read reviews on Amazon, here, or elsewhere to be sure a unit is a right pick for you.

The KAMRUI Mini PC has three options for a Windows 10 smart TV box.

This unit has 12GB of RAM and a 4-core CPU along with Windows 11 pre-loaded.

It can also output 4K video @60Hz, making it good for a 4K TV and watching HD videos.

The Beelink SER3 is a good option for a small Windows 11 box.

The Beelink SER3 also has a 500GB internal SSD hard drive for storage along with Win 11 installed.

In our test, it had fast WiFi and no problems running 4K videos at 60FPS.

It is a nice small box, about the same as a budget laptop at a much lower cost.

The TRIGKEY Speed S is an option that runs Windows 11 and comes in different versions.

It is a small unit that doesn’t use much power and is great for basic tasks.

What is the Best Media Player For Windows 11?

Kodi is likely the best media player for Windows 11, and it is free.

For those that are unaware of Kodi, it is a free media center that can stream and play all kinds of content, from video to music.

After Kodi is installed, it uses what are called add-ons to stream content straight to your TV from the internet.

Add-ons are like apps for a smartphone that are coded from third-party sources and give functionality to Kodi.

Cortana as a Virtual Assistant

Windows 11 boxes has Cortana as a virtual assistant that is the Microsoft Alexa.

A Window 11 box using Cortana can be set up much like the Amazon Echo, except unlike the Echo, it can play movies, check email, and browse the internet.

The full advantages of using Cortana are limitless, and almost anyone can see the benefits of having a virtual assistant, from asking for recipes to asking what the weather will be.

Summary
Windows 11 gives a user better options than ever before when it comes to using a smart TV box.

The combination of streaming movies and TV shows from the internet to Cortana makes it an excellent platform to build on.

The main focus will be on the hardware to use to run your smart TV machine.

Whether you buy a pre-built solution or build your own, it no doubt will give hours of entertainment.