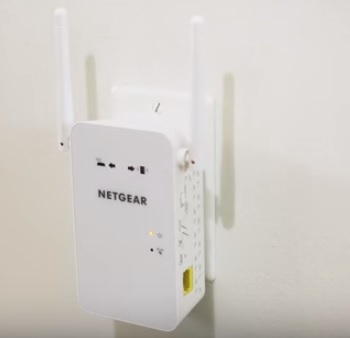 Today, a large portion of society runs on Wi-Fi. Its used in stores, at home and even in the local coffee shop. There is no way to get around the fact that wireless technology is here to stay, and as technology progresses, the importance of Wi-Fi technology will only continue to grow.

However, one of the biggest problems that people have with wireless technology is connectivity issues. Even if a wireless connection is only used for browsing the web, a solid connection is still very important. The problem is that many routers aren’t made to provide adequate signal coverage for wide areas.

In this scenario, its almost always ideal to purchase a WiFi access point / extender, which captures and reproduces the signal sent out by a router. The end result provided by a Wi-Fi booster is much better connectivity and signal strength. Unfortunately, there are different types of wireless signals, and a lot of people don’t know whether they should choose 802.11ac or 802.11n.

Choosing the Best Signal
If the end goal is to obtain faster Wi-Fi speed and performance, then the short answer is 802.11ac, but its important to understand the mechanics behind the technologies and why one is faster than the other. You can think of 802.11ac as a turbocharged version of 802.11n.

Unfortunately, the current standard that is used by most phones, laptops and other devices is 802.11n. The 802.11ac technology can deliver speeds ranging from 433 Mbps up to multiple gigabytes per second. The reason why 802.11ac can deliver insanely faster Wi-Fi speeds is because it operates only on the 5 GHz band and uses a massive amount of bandwidth.

Its not uncommon for 802.11ac to use 80 to 160 MHz of bandwidth and utilize as many as eight spatial streams. It even uses beamforming, which is a special type of technology. Many experts believe it wont be long before 802.11ac completely replaces wired gigabit Ethernet networking in the office and at home.

A Look into How 802.11ac Works
To understand why its better to purchase a Wi-Fi booster that uses 802.11ac technology, its important to have a basic understanding as to how the technology works. When compared with 802.11b, 802.11n provides a number of advantages, so when 802.11n was first introduced, a lot of people got excited.

The same thing is happening with 802.11ac because its doing almost exactly what 802.11n did to 802.11b. In other words, its revolutionizing the Wi-Fi industry. One of the biggest advantages that 802.11ac has over 802.11n is the ability to use up to eight spatial streams and 160 MHz channels.

The soon-to-be-replaced 802.11n can only operate at about half the speed. Put simply, 802.11ac can send far more information through the airwaves than its predecessor. However, aside from the increased spatial streams and bandwidth capability, 802.11ac has several other advantages to offer. Since it uses 256-QAM modulation, throughput is boosted even higher.

The channels in the 5 GHz band are quite wide, so 802.11ac is able to pull even more power from the same signal. Another benefit is that 802.11ac has standardized beamforming, which 802.11n doesn’t have. Its best to think of beamforming as the transmission of radio signals in a way that aims them at a specific type of device. Standardized beamforming reduces power consumption and increases throughput.

The Range of 802.11ac
Unfortunately, the 5 GHz band that 802.11ac operates on doesn’t offer nearly as much range as you would think. When it comes to range, its about the same as 802.11n. However, it still remains the better option for Wi-Fi boosting.

The neat thing about 802.11ac is the fact that it will only continue to get faster, and many major companies, such as Marvell, Qualcomm, Broadcom and Intel, have already started to implement this newer technology.

How a Wireless Booster Works
Before making a purchase, its useful to understand how a WiFi booster actually works. Contrary to popular belief, its not nearly as difficult as some people would have you believe. Also called a Wi-Fi repeater or extender, a booster is designed to extend wireless coverage.

Boosters can be installed at home or in an office and should be used when the signal from your wireless router isn’t strong enough to cover your entire home or office. All Wi-Fi boosters capture and amplify the wireless signal that is produced by a router. By amplifying the signal, the booster is able to increase the networks overall Wi-Fi coverage.

How to Decide Between an 802.11ac and 802.11n Wi-Fi Booster
When searching for a WiFi booster to purchase, this is a common question that people have because most people don’t understand the difference between the two technologies. As mentioned earlier, 802.11ac operates on the 5 GHz band, which means it requires a router that is operating on the same band.

The good news is that 802.11ac equipment is backwards compatible, but unfortunately, older range extenders wont work with newer routers. Another consideration to make is the security encryption. Itâ€™s important to find out if your router is using WEP, WPA or WPA2 encryption and make sure the booster can operate with the same type of encryption.

At the end of the day, an 802.11ac Wi-Fi booster is the better and faster option, but you will need to make sure you have or can purchase a router that is compatible with it.

The best WiFi boosters can even work well with thermostats, but if you wish to extend the signal for wireless thermostats, then you will still want to consider the compatibility of the router and Wi-Fi boosters that you own or plan to purchase.