As the price of Cable service goes up and up and much of what is paid for often is never watched, many look to cut the Cable / Satellite TV Cord.

Luckily, there are many options to cut the TV cord and keep watching your favorite shows.

Keep in mind there is always a degree of technicality when setting up a cord cutter setup.

Somethings are easier than others.

First thing I always suggest to any cord cutter is getting an over-the-air TV antenna. 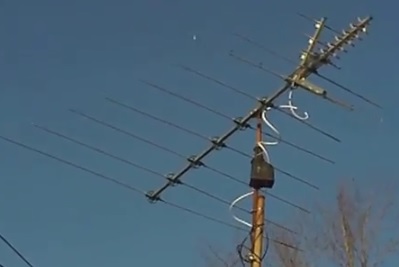 Even if you go with other cord-cutter options having free live TV shows from the major broadcast such as FOX, CBS, NBC, PBS and many more is a good quick go to that any one will understand.

Setting up a over-the-air antenna is easy and depending on your location and antenna you may get 40-50 channels or more.

Before I cut the cable cord a few years ago I bought a over-the-air antenna and was amazed that half the channels I was paying for was broadcast for free.

Best of all since 2009 all the channels are digital HD broadcast.

Free over-the-air TV channels is a quick cheap easy fix that most any cord-cutter should have, in my opinion.

But what about your favorite shows on non-broadcasted channels?

Popular options are Hulu and Netflix among others but the best in my opinion is KODI.

Streaming from paid services such as Hulu, Netflix, or Amazon Instant Video will likely be best.

Most often, when it comes to the popular online paid streaming services is what they have available.

If one service is cheaper than the other it wont matter unless they have your favorite shows.

Here is a breakdown of each.

Amazon Instant Video
This is often the first place many go to since it is free with an Amazon Prime account which many have.

Even if you dont have an account they will give you a 30 day free trial.

For a full subscription to Amazon Instant Video it is $99 dollars a year. Which also give other Amazon benefits such as two day shipping and access to their streaming music service.

Netflix
Plans on Netflix start at 7.99 a month.

They have tons of content both movies an TV shows. Most experts have made guess that the Netflix library is twice the size of Amazon video library or Hulu, but Amazon is making strides to catch up.

Hulu
Hulu is most known for having TV show content.

Hulu’s library is smaller since it is more geared toward TV shows than both movies and TV shows like Netflix.

Plans on Hulu start at 7.99 but with commercials.

The commercials wouldn’t be bad except they often play the same one over and over which can become annoying.

A commercial free version of Hulu can be had for 11.99 a month called Hulu Plus.

Hulu offers a one week free trial which can be found here.

Summary
Cutting the cable TV cord doesn’t have to be confusing and is a great money saver.

Picking the right options the fits your skills and setup is the key.

If you are good with technology I would definitely suggest Kodi.

If you want a simple choice than the popular paid streaming sites would be a better option.

Often two online streaming sites are used since one doesn’t usually have all the TV shows and movies most watch.

Even if two streaming TV sites are used it still is much cheaper than cable and all On-Demand.

24 thoughts on “How To Cut The Cable Satellite TV Cord”