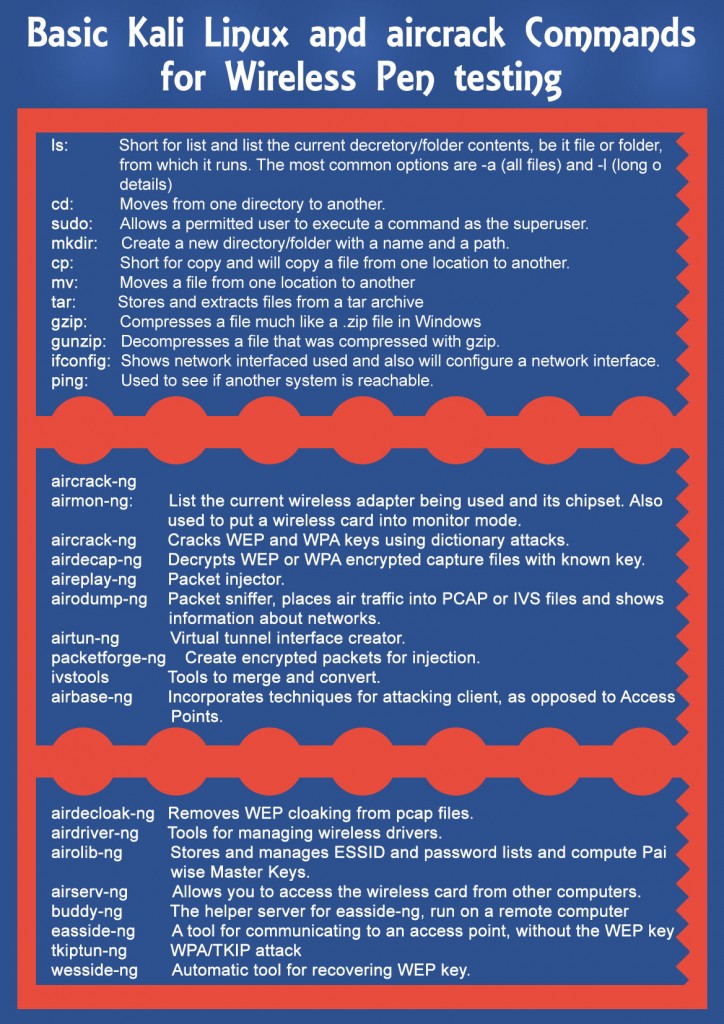 If you have ever used a command line DOS box in Windows than this is the way most programs are run in Kali Linux. Even though there is a GUI the commands are still run from a command line prompt.
Here are the basic commands.

Basic Linux commands
ls: Short for list and list the current directory/folder contents, be it file or folder, from which it runs. The most common options are -a (all files) and -l (long or details)
cd: Moves from one directory to another.
sudo: Allows a permitted user to execute a command as the superuser.
mkdir: Create a new directory/folder with a name and a path.
cp: Short for copy and will copy a file from one location to another.
mv: Moves a file from one location to another
tar: Stores and extracts files from a tar archive
gzip: Compresses a file much like a .zip file in Windows
gunzip: Decompresses a file that was compressed with gzip.
ifconfig: Shows network interfaced used and also will configure a network interface.
ping: Used to see if another system is reachable. 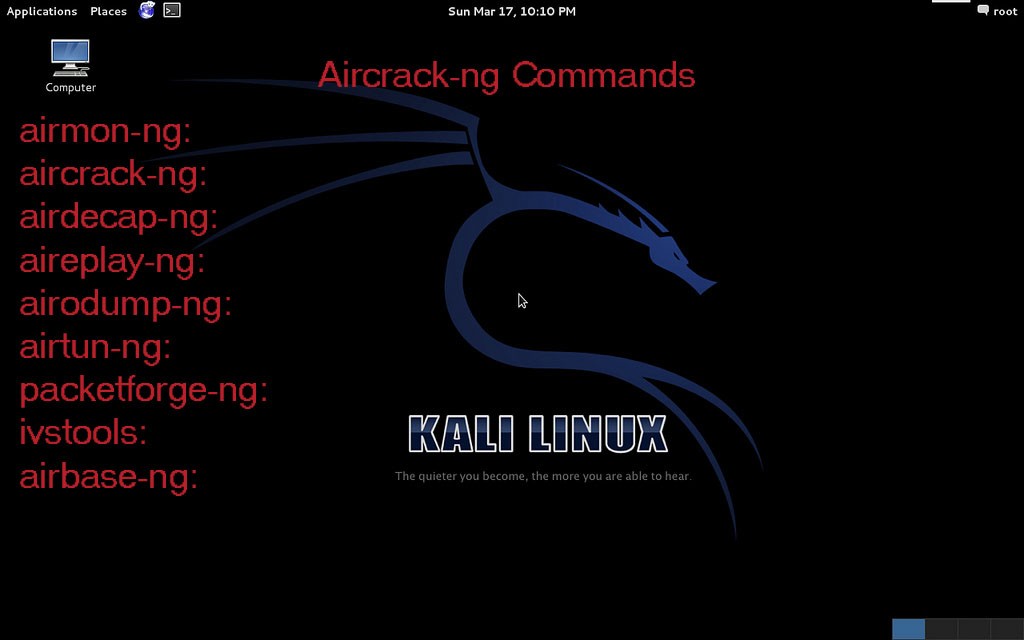 aircrack-ng
aircrack-ng is a software bundle into Kali that is used to wireless pen test 802.11 networks. 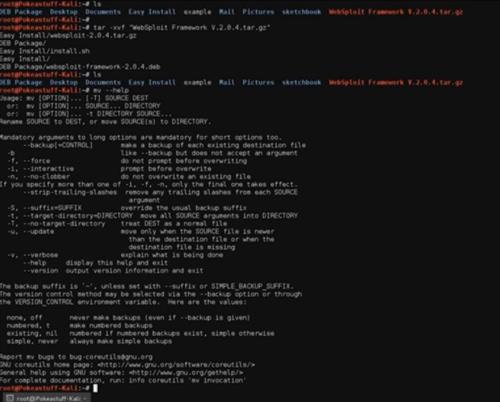