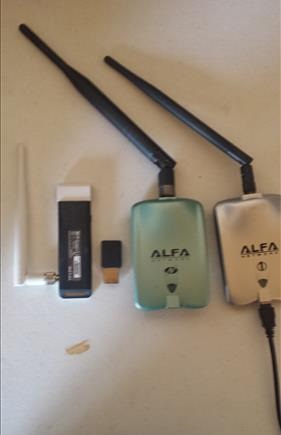 Kali Linux and Aircrack-ng are the most commonly used software, with some other options also available.

Wireless Penetration Testing requires a card that can go into Monitor Mode and do Packet Injections; most cards cant do this.

One thing to keep in mind is occasionally, although rare, manufacturers can change the chipset in an adapter.

This happens when a new, updated version of the adapter is introduced. Although it doesn’t happen, often it has happened in the past with popular dongles. 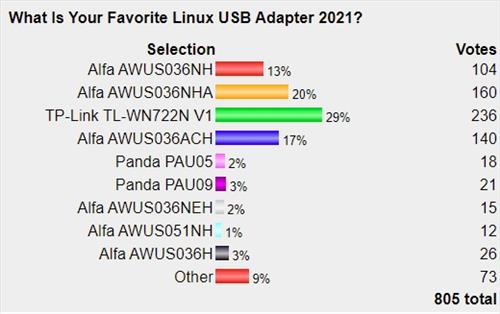 Don’t forget to take the new Poll at the bottom of the page for your favorite Kali Linux USB adapter of 2022.


What Is Your Favorite Linux USB Adapter 2022?