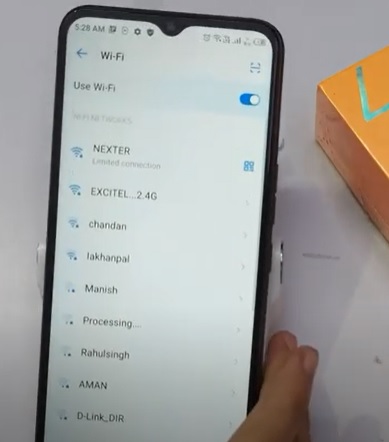 If your Android smartphone or other Android devices will not connect to the 5GHz frequency, there are several fixes that can be done.

While many fixes can be device-specific, there are some common things to check.

First, be sure the router and Android device are 5GHz compatible.

While most devices are 5GHz compatible, a very old router may not have 5GHz and possibly be an older 2.4GHz signal-band only unit. 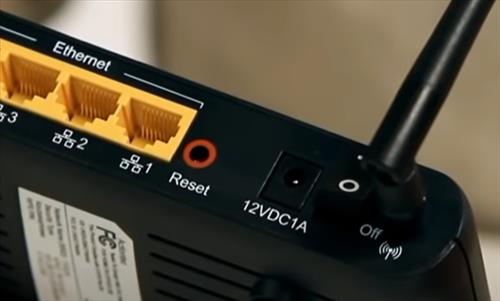 Resetting the router often can clear out an error and sometimes get the 5GHz frequency working again if it has an error.

Most routers will have an on/off switch or reset button but unplugging it and plugging it back in will also work.

Power it off for 10 seconds, and then power it back on. 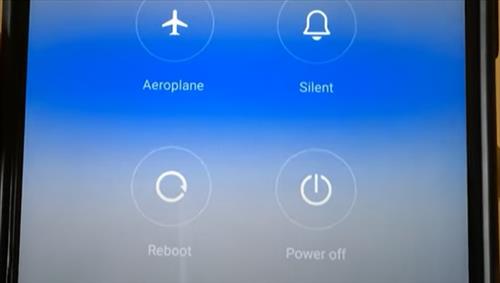 Restarting the Android device is quick and easy task and may also work.

There is usually a power button that, when pressed, will give a restart or power off option.

For example, the Samsung Galaxy S21 power off options are given when pressing the side button and volume down. 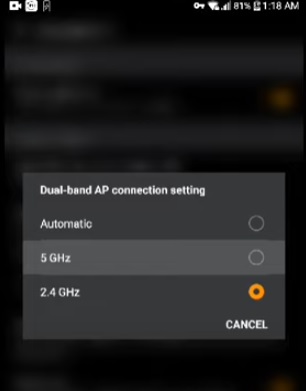 Testing if the 5GHz wireless works on another device can help narrow down if the problem is the phone or the router.

If another device works, it is likely the Android device.

If another device does not work, it is likely the router. 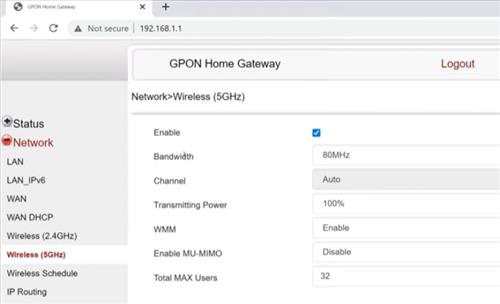 While most routers now have the 5GHz band, an older router may not have 5GHz available.

More than likely, your router will have 5GHz available, but it may be a good idea to check, especially if it is older than 5-10 years.

Dual-Band 5GHz routers were introduced in 2009, with many older ones sold long after.

A Dual-Band router will work in both the 2.4GHz and 5GHz frequencies.

If the router is on the other end of your home or has walls and other obstacles in the way, it may not be able to get a good signal.

To see if this is the problem, get in close to the router to see if the 5GHz internet access point shows up.

A wireless signal will depend on many variables, from the router antennas to a phone’s receiver and more.

While 5GHz is much faster compared to the older 2.4GHz, it does not travel as far as the newer 5GHz frequency.

It is well known that data can travel much better and farther when using 2.4GHz.

This is the reason the 2.4GHz band was originally used for WiFi but quickly became overused and full of wireless signals.

When a WiFi data packet collides with another, it must be resent slowing down the entire network.

The trade-off was that the signal would not travel as far or as well.

Many routers and smartphones will try and connect to the best WiFi signal possible, and if the 5GHz signal is bad it may drop it.

There could also be a bug that stops the Smart Connect option from working.

Whether a device has a Smart Connect option and if it can be turned off varies from device to device.

Most routers will allow a manual setup or the bands but will need to be checked in settings to see.

If possible, manually setting up the 2.4GHz and 5GHz frequencies may be best.

Routers will get Firmware updates every so often that fix bugs and security issues a unit may have.

Unlike most other devices, routers don’t usually update automatically and can still be using older buggy Firmware.

Log in to the router and check the Firmware for any updates to see if there is a new stable version.

Most smartphones have the option for Auto Connect in the options.

Check the smartphone to be sure Auto Connect is not set on the 2.4GHz band.

Summary
Fixing any WiFi problems requires a bit of troubleshooting to help narrow down the problem.

Knowing if the problem is the phone or router will go a long way in helping to solve the problem.

The best way to check this is to use another device and see if it works with the router.

Once the problem is narrowed down to the device, more can be looked at, for example, the settings and options and possibly an update.

Have you had issues with an Android device not connecting to 5Ghz WiFi? Let us know in the comments below.