There are many options to increase your WiFi speed and range.

One reason for this is high speed protocol 802.11ac now comes built-in to new devices.

Older devices don’t support 802.11ac and cannot take advantage of the speeds it transfers at.

What Is 802.11ac?
802.11ac also called Wireless-AC is the newest protocol in a long line of WiFi standards.

The previous version was 802.11n (Wireless-N) and is currently the most widely used.

Wireless-AC can transfer data much faster than Wireless-N, up to a theoretical 1300MBps Vs 300MBps.

802.11ac has different data rates and speeds it can run at meaning it will only become faster.

For example, Wireless-N using the 2.4 GHz frequency can move data up to 300 Mbps.

At the same time Wireless-AC can transfer data up-to 1300 Mbps.

When both are used at the same time, a dual band setup can than run at a theoretical 1600 Mbps.

So How Can You Speed Up a WiFi Signal?

If your router, phone, or laptop was made in the last 2-3 years than it most likely has 802.11ac technology built in and can take advantage of the high speed Wireless-AC can run at.

If you have older electronics that dont have 802.11ac capability they may be up-gradable.

For example, a laptop can use a Wireless-AC USB WiFi dongle to get better speeds over a built-in Wireless-N card.

Be sure your router is able to use 802.11ac. A wireless setup is only as good as its weakest link.

As distance is introduced into any wireless setup the transfer rate falls drastically.

The only way around this is to have your wireless devices close to the router or at least in line of site.

WiFi waves are just radio waves, that’s the same as the electromagnetic waves you pick up with your cell phone or a radio.

But WiFi waves are fairly short. They’re only 12 cm long compared to AM radio waves, which are hundreds of meters long.

The signal gets a lot weaker as it gets further from the router, and generally they can’t go more than 150 feet from a single router.

They get absorbed and blocked by walls and metal surfaces. So the way you position your WiFi router makes a huge difference in how strong your signal is throughout your house. 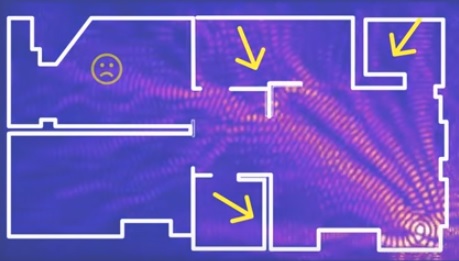 One thing you definitely want to do is put your router near the center of your house.

Because it broadcasts the signal out in equal strength in all directions, also you want it out in the open.

If it’s in a closet, the walls of the closet are going to absorb and block some of the signal.

As with any radio wave antennas can make a big difference.

Antennas are rated with a dBi number with higher dBi rated antennas able to receive a signal better at a distance.

Most router antennas are 3-5 dBi and are good for signals up-to 150 ft.

Bigger antennas can be bought and may help in some situations but larger antennas wont help with walls or other obstacles.

If your router has more than one antenna than positioning them in different directions can help with a signal since the wave propagation will cover more.

Ideally position one vertically and one horizontally. 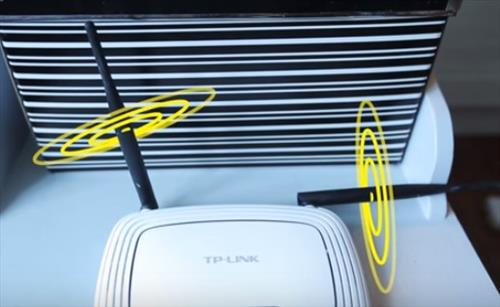 WiFi signal booster are not the best way to improve speed but can help with a stronger signal.

Anytime a signal is fed through a device is one more potential problem.

With that said in some cases WiFi boosters can greatly improve a wireless environment.

Thick walls, multiple story homes can wreak havoc on a signal. In these cases using a booster can be of an advantage,

For those serious about WiFi around their home or businesses you can go around and measure your signal strength.

You likely already have an idea where the WiFi is worst but when it is mapped out visually it can give a better approach.

There are a lot of apps that you can download on your phone which show the signal strength.

You can than create a rough map and figure out the spots that need to be fixed.

Spots that are extremely difficult can have a booster added that will help with signal strength and speed.