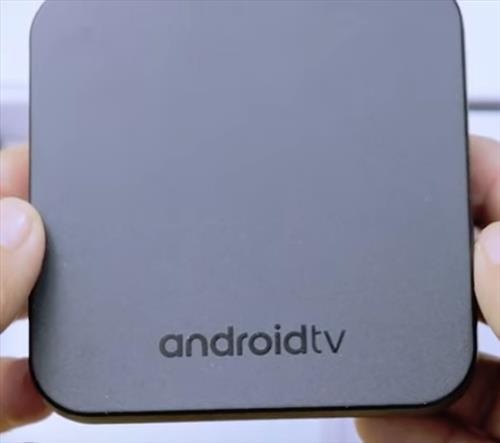 The MECOOL KM9 Pro is a media box running Android 9 and is a Google Certified Android TV box. 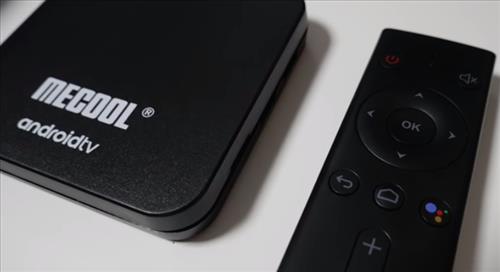 This makes it one of the fastest boxes currently available along with the latest Android TV Operating System. 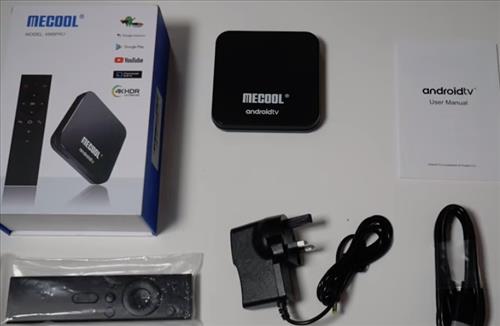 The unit is square and made of plastic with rounded edges.

One side of the box has an SD-Card slot and 2 USB ports.

The back has the power port, HDMI, Ethernet and AV.

Powering on the box it boots into a Launcher that looks like the Nvidia Shield since it has the official Google Android TV OS loaded.

It has all the built-in features that Google Android TV has such as Voice search at the top left. 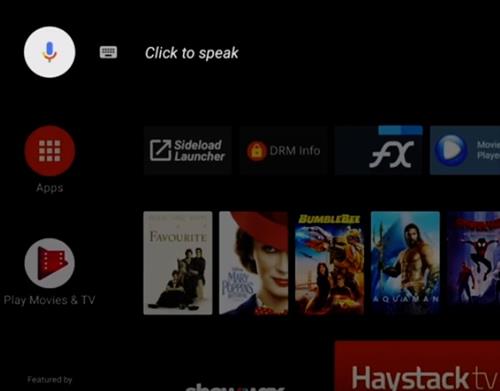 Testing the video resolution it had no problems running 4K @ 60fps. 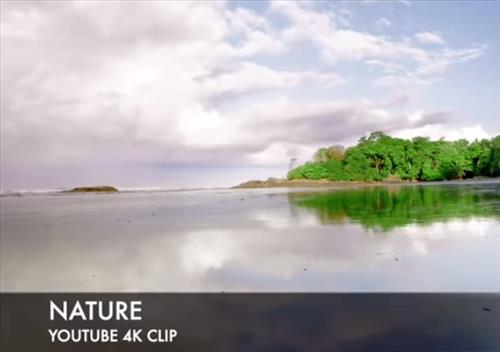 Testing the box for gaming it had no problems running Asphalt 8 or Beach Buggy racing. 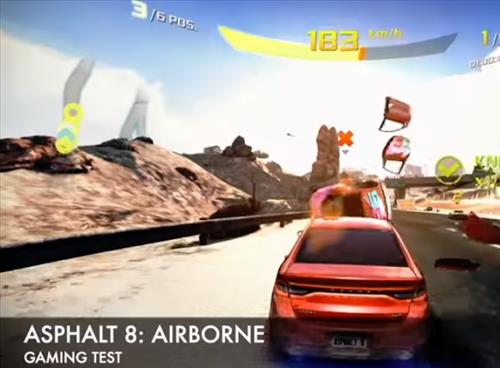 Doing a WiFi speed test it gave the results of 66Mbps Download and 18Mbps Upload. 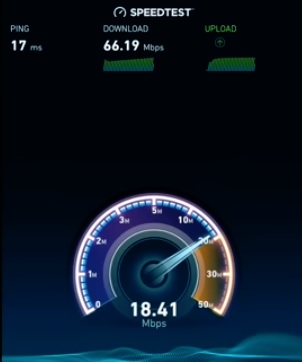 Running Geek-bench Benchmark it gave a score of 736 Single Core and 2077 Multi Core. 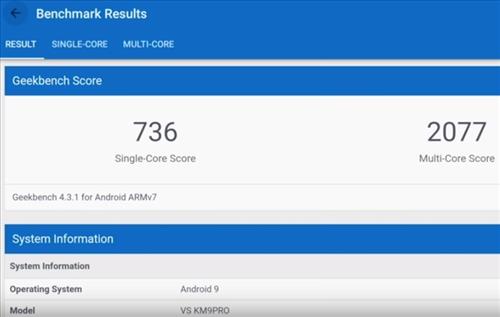 Using AnTuTu Benchmark it gave a score of 60232. 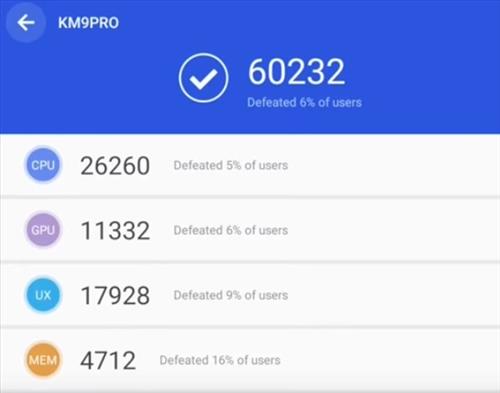 Summary
The MECOOL KM9 Pro is a very nice Android TV box that has some good hardware and software.

The S905X2 is a new CPU for 2019 with architecture that is improved from the original S905 processor.

The 4GB of RAM and 32GB of internal storage is average for a TV box in 2019 and works well enough.

One of its best features is running the official Google Android TV operating system.

This is impressive since most other android TV boxes don’t have this certification.

One problem with the box is it doesn’t run the Netflix app since all MECOOL boxes have a previous ban.

This comes from other MECOOL boxes not loaded with the correct OS and other units not Widevine Level 1 which Netflix requires.

Technically the MECOOL KM9 Pro passes all the test for official Netflix support and hopefully they reconsider.

There is a work around by side-loading the Netflix APK with a YouTube videos showing how it can be done. 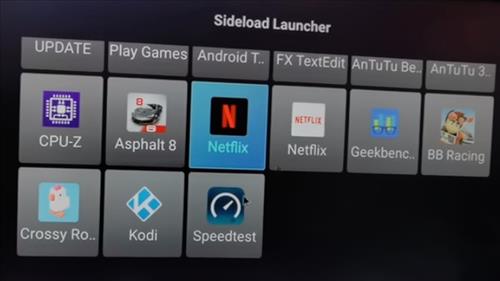 When side-loaded the Netflix app will only play in standard definition and not HD quality.

Besides the Netflix problem the box is impressive playing other apps such as Kodi very well along with 4K videos.