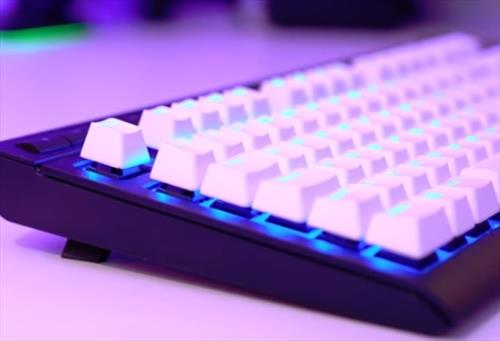 What is a Mechanical Keyboard?
A mechanical keyboard uses physical switches instead of an electronic grid under the buttons to send a signal to a computer after a key has been pressed. 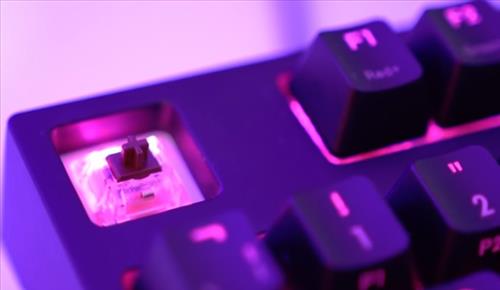 A mechanical switch can have an advantage over a standard keyboard electronic interface in some instances such as gaming.

They are more rugged and can take a pounding that a standard keyboard wouldn’t be able to hold up to.

The very nature of it being a physical switch gives feedback to a user that can’t be matches with conventional keyboards.

Many people love them since they give feedback to the user in the form of clicks and how they react when a key is pressed.

Gamers use them since they can be used hard and keep going along with the immediate knowledge that a key is doing what its supposed too.

Writers and typist like them since they can cut down on typos and can give an interaction that old writers experienced before modern keyboards came along.

What are the Differences Between Mechanical Keyboards?
The main difference between the average keyboard and mechanical keyboards is the switches that are used. 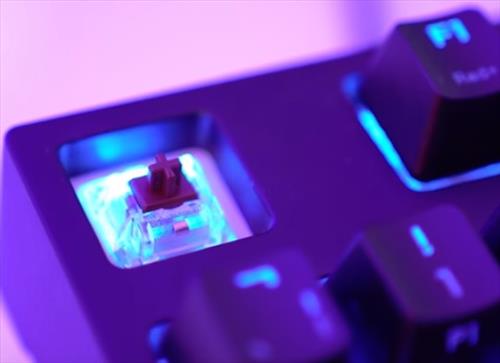 One type of switch will be easier to press for the person who types lightly while another will be more solid for the typist that likes to press the keys harder.

Also the sound the switches make is a factor. One type of switch will click more loudly than another type.

Tactile and Linear Switches
There are two different types of switches used in mechanical keyboards tactile and linear. 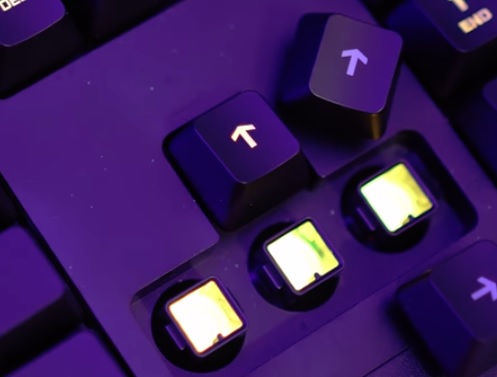 Tactile switches give more feedback to a user with more clicking and the feeling of the switch when pressed. A tactile switch uses what is called a tactile-bump to give a user feedback.

Linear switches provide less feedback to a user and are less clicky-sounding then Tactile.

Cherry MX Brown
The Cherry MX Brown switches are a tactile switch. They are smooth and have a nice actuation point when the switch is pressed. They require 45-55 grams of force to press a key compared to a standard key board which can vary widely from 25-90 grams of force.

Cherry MX Red
The Cherry MX Red is a linear switch is used a lot in gaming. The keys are soft when pressed and double taping a key quickly is easy with the Reds. They use 45 Grams of pressure to press a key. This type of keyboard give less feedback to a user and doesn’t give as much an audible click. They also don’t have a feeling that a key has been pressed, feeling more mushy compared to a stiffer click.

These require 65-70 Grams of force. Actuation is 2.3 mm and 3.7 mm until the switch bottoms out, so these keys are slight more closer together than other mechanical keyboards.

Cherry MX Blue
Cherry MX blue is the most common switch used with mechanical keyboards. They are a tactile switch and make a clicking sound when pressed. If you like a click when pressing a key than Blue is for you. Blue requires 50-60 grams of force.

Cherry MX Green
Cherry MX Green switches are a tactile similar to Blue but require more force to press a button 80-100 Grams of force. Since more force is required to press a key less accidental keys will be press. A person must be deliberate with this keyboard. Many gamers like this type of switch since it has roughly the same key pressure as a game controller and is built to take a pounding.

Cherry MX Clear
The Cherry MX clear switch is basically a stiffer Brown. 55-60 grams of force. These are becoming harder to find. We don’t have any Cherry MX Clear samples yet.


3 thoughts on “Mechanical Keyboard Buyers Guide: With Examples of How they Sound”