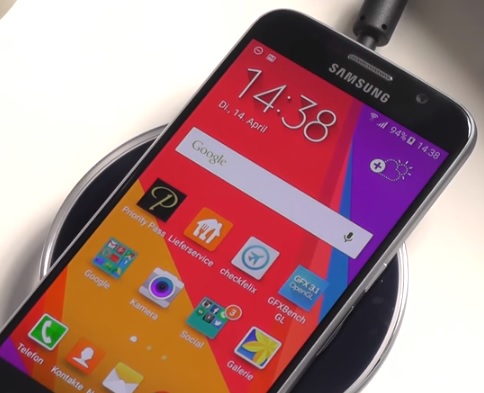 Samsung mobile devices such as the Galaxy S6 or Edge has built-in wireless charging ability.

The Galaxy S6 can use both the Qi and PMA wireless phone charging protocols.

This means that most any wireless smartphone charger will work with a S6 or EDGE.

One of the things to keep in mind about wireless charging that it is not as fast as plugging the phone in at the wall.

In takes roughly twice the time to charge a phone as it does from an A/C wall socket charger.

If you are new to wireless charging the charging side still needs to be plugged into a power source. The phone then charges wirelessly from the charging pad.

A nice feature I have found about wireless charging is that even if the Power Port becomes damaged the phone can still be charged.

The Yootech Qi Wireless Charging Pad works with any phone that is QI capable such as the S6.

The Yootech Qi is easy to use like any wireless charging pad simply plugin to any USB power source set the your phone on it and the charging begins. 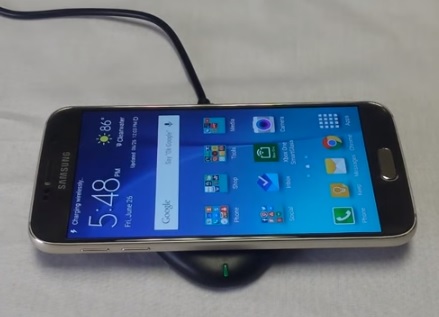 The Yootech Qi is not the top off the line unit and doesn’t come with any added features such as a built-in battery.

While not the best it does make our list for a good cheap unit that many will like, especially as a starter unit.

The Samsung Wireless Charging Pad is a very good charging unit for Samsung devices such as the S6/S6 EDGE. 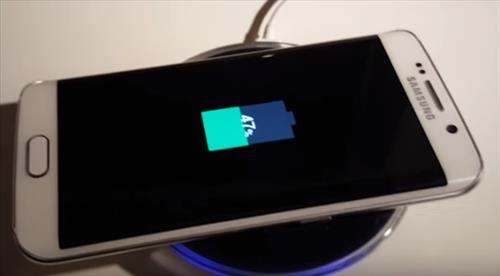 After the pad is plugged in the unit charges the phone with no wires.

This Samsung unit is a charger only with no built-in battery but is a good unit being better build quality than many of the cheaper QI charging models.

Setting a phone on top of the charger is always a good idea but some units basically require a phone to be set at an exact location before they work, the Samsung unit does not require this.

While a phone still needs to be positioned close to the pad it is not as specific as other models. Also a thicker sized phone case works better with such a unit.

The unit has a built-in battery to charge a phone when there is no power available.

It also has a USB port to charge a smartphone plugged in for a quicker charge than wireless.

The case is built of a rubber material so the phone doesn’t slide off and also has LED lights that show the state of the battery.

If you would like to have the extra charging of a portable battery with ether wireless or plugged in power than the HOKONUI is a good unit.

Summary
Using a wireless charger is simple and easy to use.

When buying a unit it comes down to what is the right fit for your scenario from price range to portability.

As always be sure to read the reviews on Amazon or elsewhere to be sure it fits what your looking for.