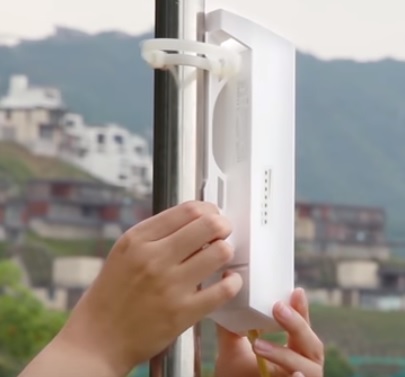 WiFi is notoriously bad at traveling over distance and often requires extending or boosting a wireless signal to get better reception.

Extending an outdoor wireless signal with a WiFi range extender can be easily done with the right unit.

Every outdoor wireless environment will be different; some can have trees blocking a signal; other times, a street or alleyway requires a wireless bridge since no wires can be installed.

Some scenarios require transmitting a WiFi signal to a garage or a neighbor’s house.

Since there are so many different outdoor wireless scenarios here, we list our picks of options to help you get the most from your WiFi setup. 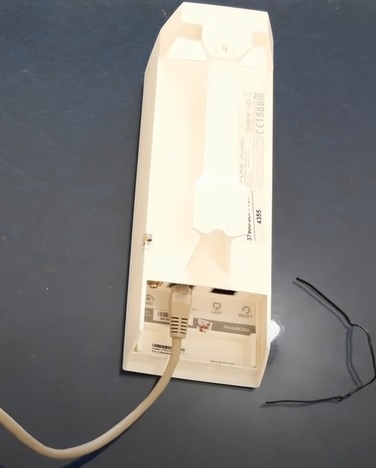 The TP-Link CPE210 is a good outdoor WiFi solution that can be set up in many different modes.

It can work as an Access Point, Client, Repeater, AP Router, or AP Client Router.

The TP-Link CPE210 can work with one unit or two units to boost a WiFi signal even more.

For example, one unit can be set up outside and extend a WiFi signal.

Alternatively, two units can be set up as a wireless bridge greatly extending a WiFi signal to another building.

With the many modes it can be set up in, it can boost the wireless signal in a variety of scenarios that need the WiFi improved.

There is a 2.4GHz and 5GHz version that can be bought. 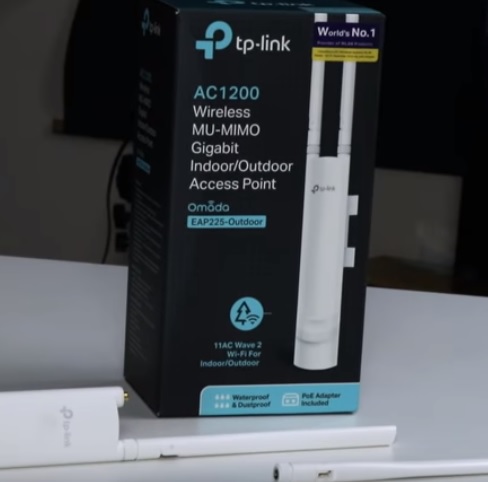 It can be mounted outside high-up and, along with two large antennas, transmit and receive a signal which greatly extends the wireless range.

The back of the unit has a waterproof cover that an Ethernet line is run to from the router.

It is a PoE unit that receives power from the Ethernet line with a included PoE adapter.

PoE units have a wired Ethernet cable run from a router and send and receive WiFi signals after being set in a good location.

There are also units that are only wireless-only, but if an Ethernet cable can be run to the router, PoE units have the best performance.

Since it is a dual-band 802.11ac unit, it will fit into almost any network and be able to talk to both old and new devices. 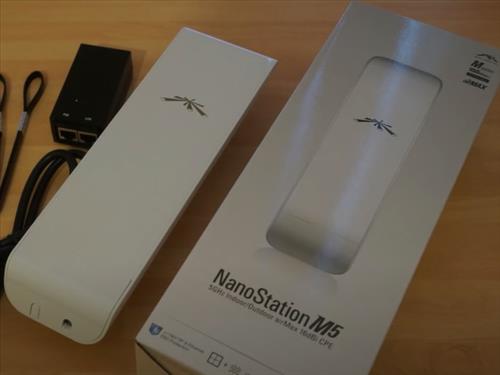 The Ubiquiti Nanostation NSM5 is another PoE step-up that transmits in the 5Ghz range.

It can extend or boost a WiFi signal to great distances with two sets transmitting and receiving a wireless signal.

The NSM5 can also be set up in many other WiFi environments, including as a bridge, but its main use is to keep extending a signal by adding additional units. 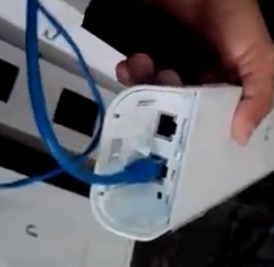 The basic installation is setting two units in-between two buildings and running an Ethernet cable to each from a router.

The signal from one building to the other will transmit and receive extending an internet connection.

This would be a good setup for a detached building or garage that needs the internet extended.

For example, two units would be set up for a detached garage, one on the main house with internet and another at the garage.

The unit at the house would have an Ethernet cable run to the router that is connected to the internet.

The unit at the garage can also have a router with an Ethernet contention to the unit, which would receive the internet signal.

The two units would face each other over the distance and be set up to transmit and receive a wireless signal. 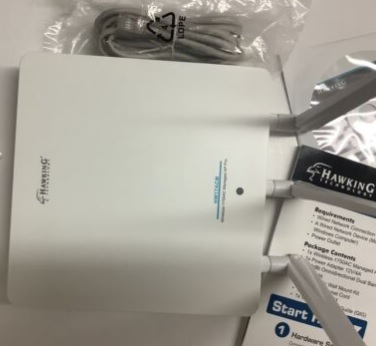 Available Here on eBay
Hawking Technology is a company that has many outdoor wireless solutions.

The Hawking HW17ACM is one such solution and is a dual-band range extender, so it works in both the 2.4 GHz and 5 GHz frequencies.

It also uses the 802.11ac protocol making it a universal repeater able to fit into almost any WiFi network.

The 802.11ac protocol, also called Wireless-AC WiFi 6, has a much faster data transfer speed than the older Wireless-N protocol.

The Hawking HW17ACM is a high-end unit built for transmitting at big distances and is likely overkill for most home wireless setups.

Summary
Setting up a WiFi range extender can be confusing sometimes. Most manufacturers try to make the setup as easy as possible, but some skills will still be needed.

If you have no background in setting up networks, be sure to read a basic wireless network setup article or watch a YouTube video to get the basics.

Also, be sure to know the type of router you have as your network interface to the internet.

Older routers only worked in the 2.4GHz frequency while new routers work as in both 2.4GHz and 5GHz band called dual-band.

5GHz frequencies don’t travel as far as 2.4GHz signals, but 5GHz is not a crowded environment as the older 2.4GHz range is.

Most devices transmit at 2.4GHz, which can cause problems in crowded areas since when two signals collide, the transmission must be resent slowing down the entire network.

For this reason, if your network is in an urban setting, then 5GHz frequency likely will be better.

If you live outside a city in a less congested WiFi area, then 2.4GHz is likely better.