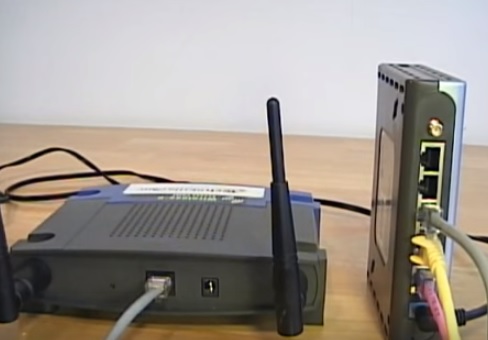 Wireless access points (AP) and routers are often thought of as the same thing.

What is a Wireless Access Point?
AP (Access Point) have evolved over the years to mean something different than they did in the early years of WiFi.

Before routers became standard with built-in WiFi often an AP was added to a network for wireless devices to be able to connect.

This means they give wireless network ability to any device that only has a hard-wired connection.

This was done by plugging in an Ethernet cable and the AP would then communicate with WiFi devices and giving them network access.

For example, a printer that has no built-in wireless can have a access point added which will give it wireless ability.

Now that most any router has built-in WiFi and plays many roles including being an AP, many dont use dedicated AP as they have in the past.

What is a Router?
Most anyone who has a internet connection has a router. A router is a network device that can transfer data wirelessly or wired.

An access point can be compared to a modem. While a modem can get online it is limited in its functionality on managing multiple devices or controlling an entire network with many devices.

Routers on the other hand can manage a entire home or small business giving network capability to many computers and devices simultaneously.

So Why Do People Buy Access Points?
Routers are common place in any network today but often there are weak WiFi signals or dead spots in any network.

An access point can be added in locations that have bad wireless network ability and give good coverage through out a home or business.