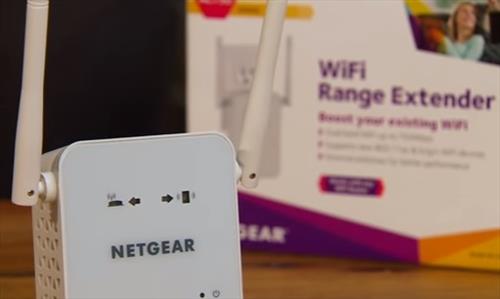 Wireless signal extenders, also called repeaters, are often misunderstood and while they can help a network greatly they also have there limitations.

Here we explore the basic topics and capabilities of WiFi extenders.

What is a WiFi Signal?

WiFi signals are nothing more than small wireless radio transmission that work the same as any wireless signal such as the radio in your car.

The difference is that a WiFi signal has protocols that allow it to transmit data instead of music.

Another big difference is the power that a WiFi signal can be broadcast out is limited by the FCC.

While the average radio station can broadcast a wireless signal at 50,000 watt, the most by-law a router or other WiFi device can transmit is 30 dBm which is roughly 1 Watt.

The reason for this is if everyone could broadcast a high power signal a strong one would overpower and hinder other signals in its range.

Keep in mind this also means devices that transmits back to a router such as a smartphone or laptop.

Even if a router sent out a very powerful signal other devices may not be able to transmit back unless they also had a powerful transmitter.

For example, like a car radio it can pick up a transmission up but would not be able to transmit back.

Transmitting back is important since the internet needs to know where you are going such as clicking a link or opening a Facebook app.

Booster vs Extender vs AP
Wireless technology can differ depending on the type of units used such as enterprise or home devices.

Booster
A Booster amplifies a signal from the source.

For example, a router that has its antennas upgraded to a higher dBi will get a boost in signal strength.

Some routers have a built-in power booster that will increase the output of the unit.

Extender
An extender is used at points that a signal can still be received, although low, and amplify it.

They are placed away from the router but within enough range to still get a signal.

Using its built-in electronics it will boost a low WiFi signal and talk back to the router so a user can get online.

Wireless Access Points
If a signal is too far away an extender will not be able to boost it since it can not see it.

This often happens in detached building or other situations that a source router has too much distance.

A wireless AP can be setup by running a wired Ethernet cable from the router to the AP.

The Access Point will transmit a good strong WiFi signal.

This is a good option for those 200-300 feet from a router or beyond thick walls and other barriers.

How Can WiFi Extenders Help?
An extender can take a weak signal and give it a boost, this makes them ideal in many situations.

For example, a home that has dead spots can fix this problem by strategically placing an extender in the right location.

Large homes can use more than one if needed to cover the entire space.

Remember a signal will still be needed and an extender must be within the range of the router.

How to Buy the Right Extender for Your Network
There are many wireless protocols that are given a number called 802.11

Here are the main standards used.

There is two frequencies WiFi signals are transmitted on, 2.4GHz and 5GHz.

If you dont understand the protocols and frequencies the simplest way to buy an extender is to buy a Dual Band AC unit.

Dual Band units transmit on both 2.4Ghz and 5Ghz frequencies which make them able to fit into most any network.

WiFi protocols are backward compatible with older protocols so a new 802.11ac or AC extender will also fit into most any network.

Summary
If your home wireless network is lacking and needs a boost an extender is a good cheap way to help.

For those who are very far from a router an access point and running an Ethernet cable would be a better option.

Every situation is different so there is never a one solution fix all answer and things greatly depend on how far a signal needs to go.

WiFi extenders also come in many shapes and sizes, some with large antennas to help with more range.

As always be sure to read the reviews on Amazon or elsewhere to see which unit would be right for you.