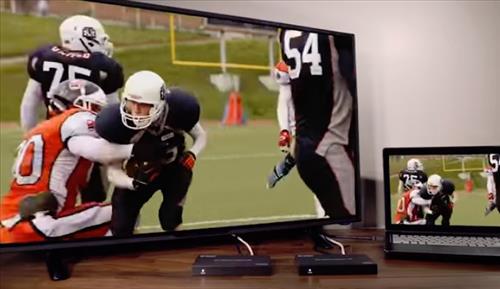 If you need a long HDMI run to your TV and another device there are several options to get them connected.

Which option is best will be different for each setup with our picks for best setups below.

How Long Can an HDMI Cable Be Run?
A good well built HDMI cable should be able to be run up to 50 feet.

How well the signal is will depend on the cable quality and the sending device.

Most setups can send a good HDMI signal 45-50 feet before there is a problem and in some cases farther.

If you only need a cable run of 50 foot or less here is a quality HDMI cable I have used and worked well for me.

The quality of the TV and sending device can also make a difference in cable length.

Most devices such as cable boxes or gaming units will not have much of an issue but HDMI transmission quality can vary with budget equipment.

Low-costs TVs can also vary on receiving a signal working very well with a short run but problematic with a long cable run.

Every scenario will be different and need to be thought out a bit for the best results.

Below are some common methods to extend an HDMI video signal.

As always be sure to read reviews on Amazon, forums, or elsewhere to be sure a unit is the right pick for you.

*This post contains affiliate links.
How To Extend a TV HDMI Video Signal 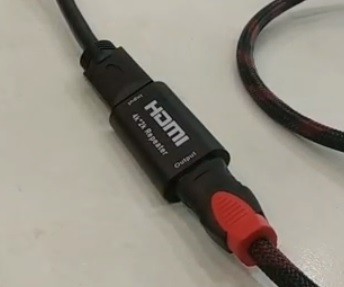 They are small devices that simply extend a cable and give it a slight boost.

Often they are also needed for many installs since extending and connecting long runs sometimes requires more than one cable.

For very long runs an HDBaseT HDMI extender kit can be set up that transmits very well long distances.

This is a very good option since many homes have existing Cat 5e cable built-in or can be installed.

If wired internet is needed another Cat 5e or better cable will need to be run.

Using an HDBaseT is a very good option and what is used in many professional setups to extend HDMI.

There are many more HDBaseT units available with the unit above simply an example.

Wireless Extenders can also be a good option in some scenarios.

If you have a clear-line-of-sight to a TV many wireless HDMI extenders work well sending a signal 100-400 feet.

For example, the unit above is rated to sends a wireless HDMI signal 492 feet with a clear-line-of-sight.

Busy wireless environments can also impact the distance such as WiFi, baby monitors, smart home devices and so on.

Summary
Extending an HDMI signal can be done with several options available.

Every situation and setup will be different and with any device bought needing to match the scenario.

If you only need to go 50 feet or less a quality HDMI cable should get the job done.

If you have a very long run the best option is an HDBaseT HDMI extender kit.

This will require using an Ethernet cable which may already be installed or a line installed.

In some cases, wireless HDMI extenders work well with varying results depending on line-of-sight and wireless environment.

Have you extended an HDMI signal and have a good option? Let us know in the comment below.