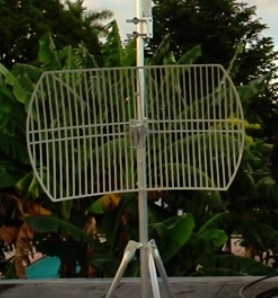 The first is that simply because an antenna is bigger such as a 15-20dBi, does not necessarily make it is better. 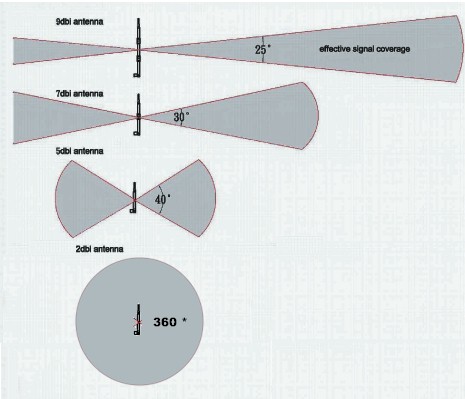 If you want the range to cover a home, a 2-5dBi antenna will be plenty enough if there are block walls or other interference, a larger antenna will not make the signal better.

If you live in a home that has many WiFi dead spots, then a WiFi booster would be a much better option, or upgrading to a better long-range router.

If you do need to get distance from your WiFi connection such as a detached garage, a longer antenna can be a good option. Getting a 7 or 9dBi antenna would be much better in this case.

The 5GHz frequency is not good at distance, so while it does have a faster transfer speed, it does not work as well as the old 2.4GHz range.

This big of an antenna will be overkill for many, but it is ideal for RV travelers, boaters, detached buildings, or any place trying to get the best distance from a WiFi signal.

It uses a standard screw-on SMA interface that is widely used in the WiFi industry. Some routers and USB adapters use proprietary interfaces, so if you go this route, be sure what type you have.

There are many similar 9dBi antennas that are cheap and can be a big improvement over a 3-4dBi antenna that many WiFi electronics come with.

Summary
There are many good antennas that can improve the range of a wireless signal.

Personally, I carry a 5dBI and a 9dBi antennas which I use with an Alfa USB adapter and my laptop. They are easy to screw on and unscrew when needed.

For example, if I am very close to a router, it takes me 10 seconds to screw on a 5dBi antenna and get much better coverage. But if I am at a location with my laptop and the WiFi signal is from a distance I simply screw on the 9dBi antenna and get better reception.

Hopefully, you are not on the go as much as I am and have a fixed location so you can dial in the correct antenna and not worry about it.

If you are very serious about your WiFi signal and want the best of both worlds, buying one of these would be your best option.