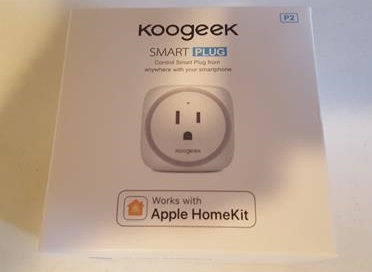 Smart Plugs are a great way to control electronics by turning on and off the power to anything plugged into it.

This is a common way to control lights such as a lamp turning any light into a Smart light. Of course many other things can also be controlled.

The Koogeek Smart Plug P2 is one such unit that can turn on and off your devices with an App, or voice commands using Siri or Amazon Alexa.

This is good news for those who have Siri or Alexa devices such as the Amazon Echo DOT. 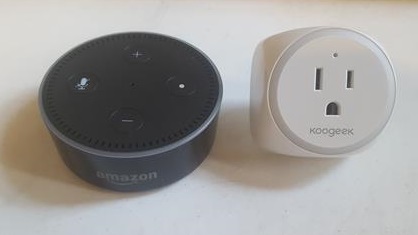 For example after setting up a Smart Plug it will turn on and off with voice commands to Alexa via the Echo DOT or other Alexa devices.

It also does not require a Hub and is a standalone Smart Plug, which makes it a good starter smart device that can be easily expanded later.

The package comes with the Smart Plug and instructions. 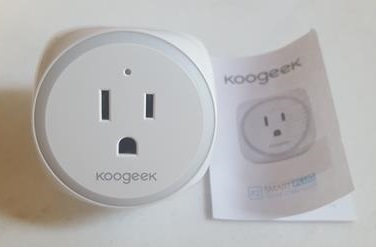 1… The first thing to do is plug the unit into a wall outlet. 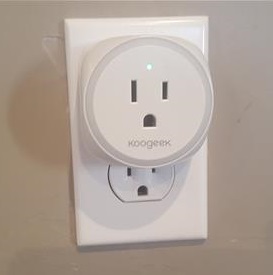 2… On a smartphone or tablet connect to the 2.4 GHz frequency on your router. 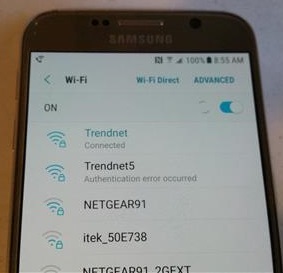 New routers use two frequencies, 2.4Ghz and 5Ghz. The Koogeek Smart Plug is setup to work on the 2.4Ghz band.

3… Download and install the Koogeek Home App from the Google Play Store or Apple App Store. 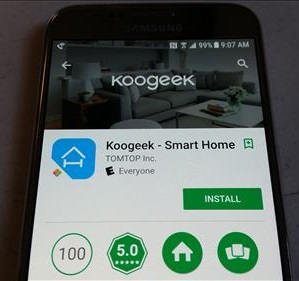 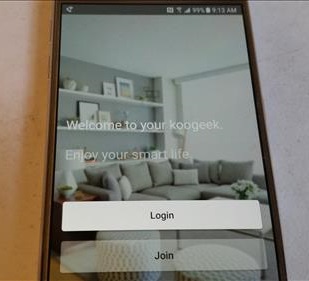 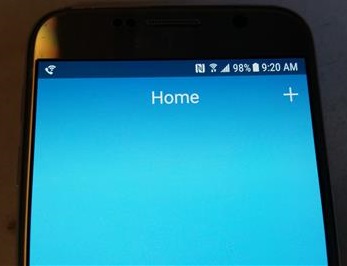 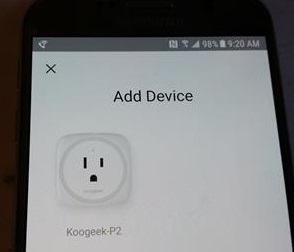 7… Follow the onscreen guide which will connect to the Smart Plug and router. 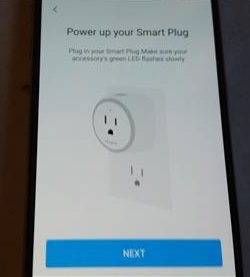 8… After the setup the App can control the Power, or turn on a night light that is built into the smart plug. 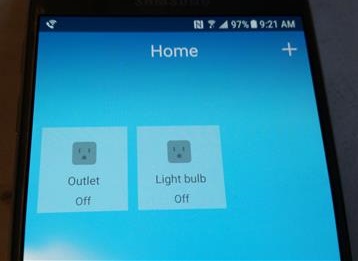 The built-in night light is a nice feature and turns On and Off with the App. 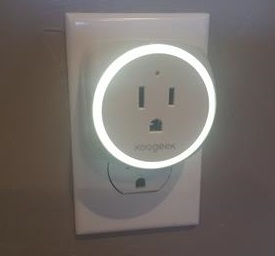 Summary
The Koogeek P2 Smart WiFi Plug is a nice unit and does what it was built to do which is control power from an electrical outlet.

It can be controlled with the App, Amazon Alexa, or Apple Siri devices.

It also has a built-in night light that turns on and off and is a nice extra feature.