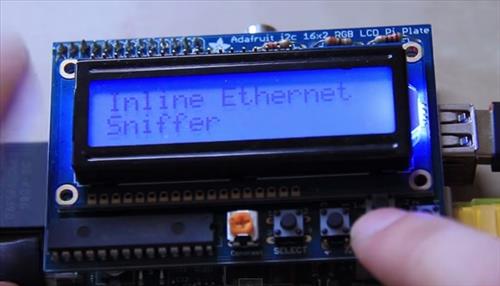 Sensors are the way a Raspberry Pi communicates and sees the world and can be necessary depending on the project you have planned.

The popularity of the Raspberry Pi gives it many pre-made sensors ready to do whatever job is thrown its way.

There are whole sensor kits that can be bought such as the following, or singly as listed below.
SunFounder Basic Sensor Kit for Raspberry Pi, GPIO Extension Board Jump wires (For RPi Model B) – Including 91 Page Instructions Book

Our Top 10 Picks for Raspberry Pi Sensors for your Projects

Integrating a camera with a RasPi with small camera modules can be done with cameras such as this popular 5MP camera. If you want to setup a surveillance system, baby monitor, IP cam and so on then this is a good option. The camera plugs into a RasPi with a ribbon cable and than software setup to use it. The software setup may be moderately difficult depending on your skills but the good news is like many Raspberry Pi projects there is plenty of documentation.

Reading temperatures can be done with a temperature sensor. A few resistors maybe necessary depending what you are reading the temperature of basically adjusting the sensitivity.

Having a small portable screen that works with a RasPi has many uses. There are many different types of screens created for the RasPi even touchscreen models like the one above.

For weather station projects here is a sensor that can read humidity and temperature.

Simple character LCD can be bought for projects that don’t require lots of video. Here is one being used to monitor a network.

Gas detectors can be interfaced to detect a range of gases.


10…
JBtek Raspberry Pi Bluetooth 4.0 USB adapter – For Windows 8 / Windows 7 / Vista
A simple Bluetooth dongle can be used for any Bluetooth device to interface with a RasPi.