They have a lot to offer but can be limited when multiple devices are being used in a home.

VPN software can be installed on each individual device or as a whole house VPN router which can be set up to automatically direct all traffic through a secure VPN.

There are routers that come with a built-in section to set up a VPN.

There is also 3rd party software that can be installed on a router such as DD-WRT, OpenWrt, Tomato, and Merlin. 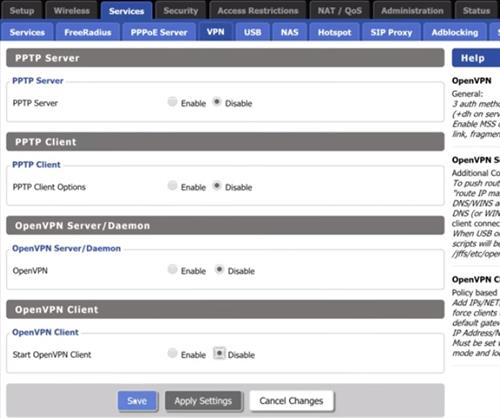 DD-WRT is the most well known 3rd party Firmware to add VPN service to a router and is a good option although a bit technical.

If you have an older router laying around it may be worth trying to flash the Firmware with DD-WRT.

Finding the Best VPN for a Router
A VPN provider will be needed with many available and most will be able to be installed on a router.

Personally, I use IPVanish but there are many more good services.

The ideal provider will be fast, have multiple worldwide servers, keep no logs, and have easy setup instructions.

Read Here for Our Picks of Best VPN Providers.

What is the Best Router for a VPN?
There are many good routers that a VPN can be added to.

Most good units will have either a VPN option available or be able to have third part Firmware installed.

Below are some of our picks for good VPN routers. If you have a good option let us know in the comments below.

The ASUS RT-AX3000 is a good mid-range router that has many good features inclding VPN options. 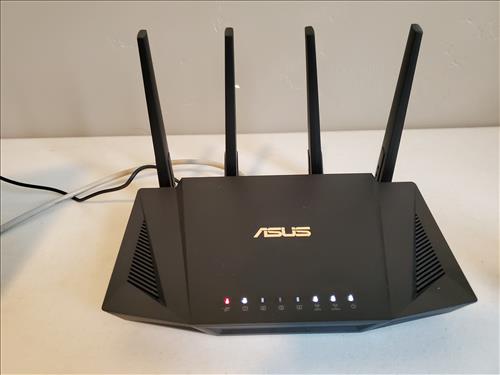 A side note is the ASUS RT-AX3000 and the RT-AX58U are the same routers with the RT-AX58U renamed and sold by Best Buy.

In fact often the RT-AX58U version can be bought for less money since many people are not aware they are the same router.

The RT-AX3000 is a WiFi-6 802.11ax router so has all the latest wireless protocols and security features.

It also has the new WPA3 WiFi security which is a big improvement over the previous WPA2. 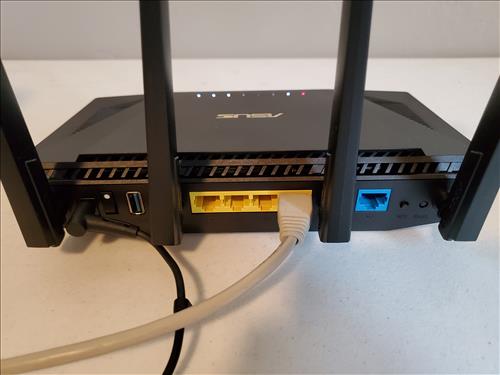 The CPU is a 3-Core 1.5 GHz processor giving it lots of power to run a VPN along with multiple connections.

A nice thing about Asus routers is they can be upgraded with 3rd party firmware called Merlin which adds a lot of features.

Using Merlin is not necessary for the RT-AX3000 to operate as a VPN but is a nice option for advanced users.

We recently installed Merlin on an ASUS RT-AX3000 (RT-AX58U) and did a complete giude which can be read here.

There is routers with better processors and more options but for the money the ASUS RT-AX3000 is worth a look.

The Synology RT2600AC Router is one of the more advanced routers with a lot of added features and options.

One such option is the ability to configure a VPN on the router that all devices in a home or office can use.

The interface is very nice and easy to use with it looking more like a computer app compared to a router. 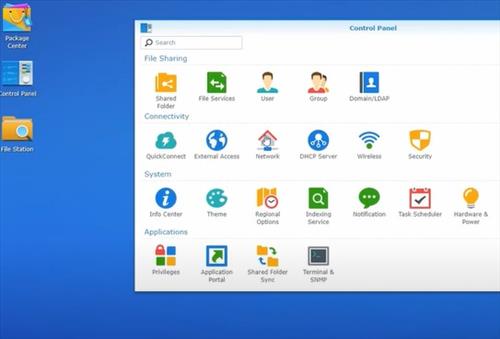 The Synology RT2600AC Router has a 2-Core 1.73GHz processor able to handle a VPN along with multiple devices.

The Linksys AC3200 is a router that has a VPN option built-in. 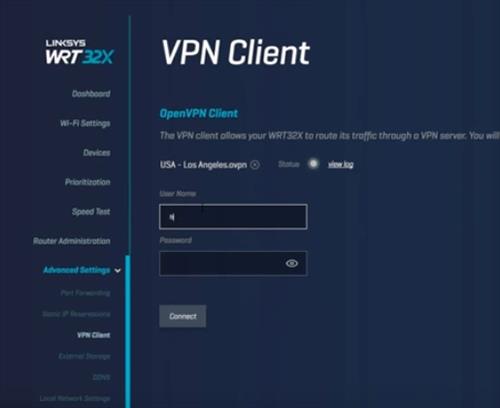 It uses a Firmware called WRT32X which is close to DD-WRT but with fewer options.

It works with OpenVPN protocol which most VPN providers use and has one of the more easy setups.

Linksys has a dedicated page for how to setup the unit using the OpenVPN Protocol. Read The Setup Page Here.

It is a nice router packed full of features that makes it worth a look.

The TP-Link Archer AC1750 C7 has been available for a few years and also works as a VPN router.

It is not a powerhouse router and there is newer faster routers but for the cost the Archer C7 does not disappoint.

The TP-Link Archer C7 has the VPN options PPPoE, L2TP, and PPTP. 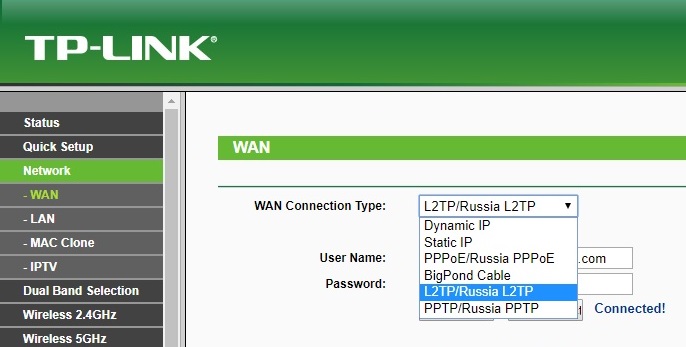 I recently setup an Archer C7 and IPvanish which was easy and worked very well.

I used it as a secondary VPN router with my main one having no VPN.

It worked ok and will mange 2-3 VPN connections but would bog down in a busy environment.

If you are looking for a low-cost option the TP-Link Archer AC1750 C7 is hard to beat just dont expect wonders.

The D-Link AC3000 has a 880 MHz dual-core processor which makes it able to handle large amounts of data.

It is a dual band 2.4Ghz / 5Ghz router and will fit into almost an wireless environment.

It also has VPN options PPPoE PPTP, and L2TP.

This makes is a router that can manage a VPN but with basic VPN options.

There are many small travel routers that have many options including VPN settings.

Travel router are portable units but can also be used in homes or office settings.

There are many available such as the GL-AR750S.

The GL-AR750S has options for WireGuard, OpenVPN, and Cloudflare DNS over TLS.

If you are on a budget looking for a low-cost option travel routers such as the GL-AR750S are worth a look.

The NETGEAR Nighthawk series of routers are gaming routers built for speed and to handle multiple connections.

They have a VPN Service option in the menu under Advanced Setup. 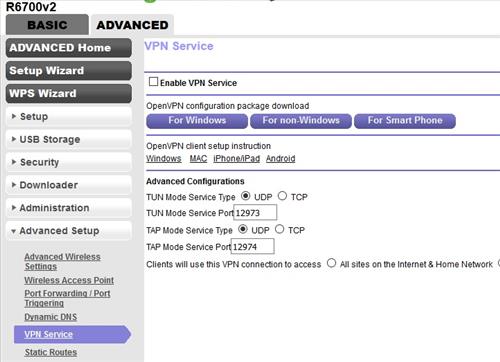 The setup can be a bit technical but there is lots of YouTube videos if needed.

The ASUS AC2900 (RT-AC86U) is a Dual Band router with a 1.8GHz Dual-core CPU that comes with many nice features including a VPN Server section. 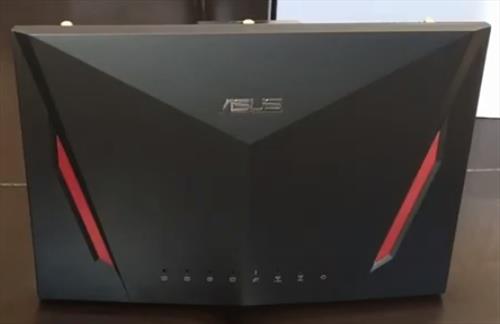 It has the option to use the common VPN protocols PPTP, L2TP, and Open VPN.

Most VPN providers use OpenVPN but be sure to check which is compatible with your service. 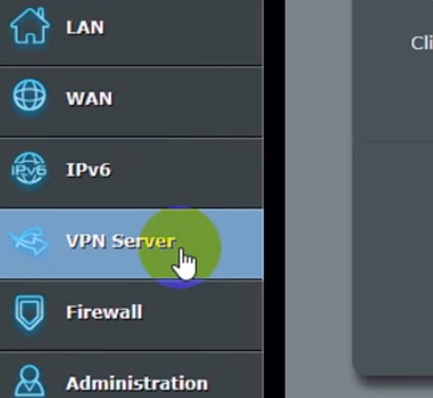 While the ASUS AC2900 has built-in VPN support one of the best features is its compatibility to install the 3rd party Firmware Merlin.

Merlin is Firmware for Asus routers that adds to the options available including more VPN options.

For example, it has policy rules for a VPN which can let you decide which devices use the VPN and which go straight to your ISP.

It does require flashing the router with the Merlin Firmware which is easy to do.

While the ASUS AC2900 has built-in VPN options using the 3rd party Merlin Firmware makes it a very nice option as a whole house VPN router. 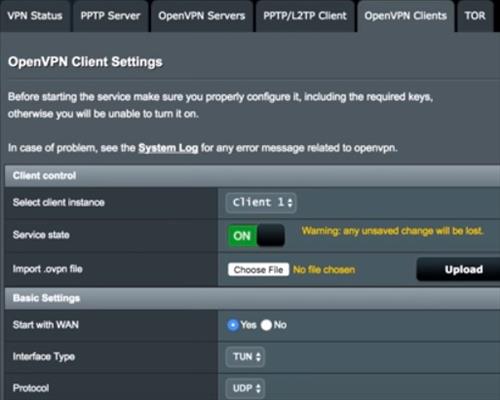 Summary
There are many good VPN routers available some with a built-in VPN options and others needing third-party firmware.

If you have the technical ability installing DD-WRT, Merlin, or other third party firmware is a good low-cost solution.

There is also many ready-built solutions that can simply be bought.

Do you have a favorite router to use as a VPN? let us know in the comments below.